The Art of Godzilla: King of the Monsters 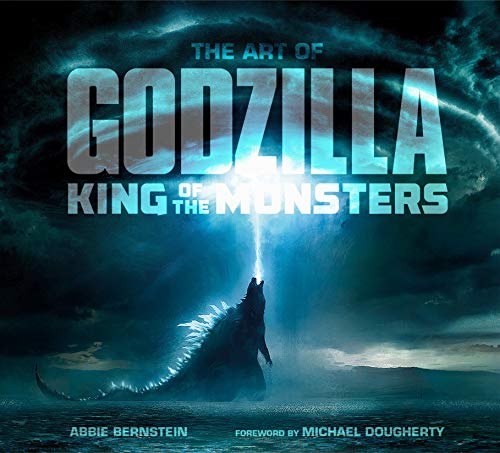 “a great gift for the movie buff as well as the art student. The Art of Godzilla is a paean of praise for everyone involved in the film, from model makers to actors to writers to camera operators.”

“Godzilla was first introduced to the world in 1954, when Japan’s Toho Co., Ltd., brought it forth from the depths of the Pacific Ocean to terrorize Tokyo. Since then, Godzilla has appeared in a multitude of feature films and even a few television series, its character alternating between hero and villain.”

An opening with a Foreword by Michael Dougherty, the latest movie’s director, explains how his obsession with the King of the Monsters began on 1980 and with it the wish to one day make a Godzilla movie. This desire was fulfilled with the release of Godzilla, King of the Monsters in 2019.

Documenting the story from conception to storyboard to screen, each page features insets of sketches with captions, as well as many full-page illustrations rendered in a style making them suitable for framing, though no owner would wish to deface the book by removing the pages to do so. Some actually cover two pages. Even the endpages feature drawings from the temple walls indicating the mythology of the monsters while revealing the talent and effort of the artists.

All major characters, as well as monsters, organizations, and locations are featured, giving details as to origins, when each was introduced into a Godzilla movie and in-depth backgrounds. Interviews and on-set photographs of actors are included.

“We came up with the human storyline first. It was important to get the human and emotional stories right, to make them complicated and painted in shades of gray.”

No longer portrayed by men in rubber monster suits, Godzilla and cohorts are now created through computer graphics, making them appear more realistic.

“People create what we call the assets. They digitally sculpt his teeth, scales, and the cornea in his eye, every detail you see. They simulate every raindrop cascading from Godzilla’s scales.”

The logistics of creating each monster is documented, revealing it’s not a hit-and-miss, but a very detailed and painstaking process.

“Deciding on the proportion of Rodan’s wings in relation to his body was the subject of much discussion. If we made it physically accurate, that would probably be too big. I don’t know if ours could actually fly—the rule was if it looks cool, it is cool.”

With 27 chapters, a Foreword and an Afterword, this coffee table-sized book is a great gift for the movie buff as well as the art student. It’s a paean of praise for everyone involved in the film, from model makers to actors to writers to camera operators.

This is a beautiful book to buy and definitely one to keep.