The Art of Forgetting: A Novel 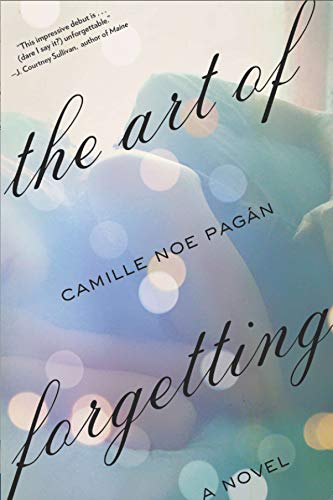 “Camille Noe Pagán’s debut sweeps the reader up and effortlessly carries them across decades of friendship, heartache, and pain.”

Unlike certain members of the animal kingdom, humans have mastered the art of forgetting. Able to deny their feelings or push down impulses, with enough time, humans can conveniently forget just about any wrong done to them.

Such is the relationship between Marissa and Julia. Friends since they were kids, Julia has worked Marissa like a puppet on a string most of their lives. From petty jealousy regarding a biology class lab partner, to the more serious situation of first love, Marissa has catered to Julia’s every irrational whim and concern for time used that could otherwise be devoted to her.

The kindness shown by Julia that prevented Marissa from being a social outcast in high school has spanned decades. Despite all that Marissa has given up, whether in fact or perceived, she has done it for Julia in the name of friendship.

Now, 15 years later, Marissa and Julia are approaching the finish line of the dream they’ve had since they were kids: Julia, a former ballet dancer, currently does PR for the New York City Ballet, and Marissa is a senior editor at a nutrition magazine—a stepping stone to her ultimate desire of being editor-in-chief. Julia recently broke up with a man that Marissa didn’t like, but who had provided a much needed reprieve from Julia’s attention requirements, allowing Marissa and her boyfriend Dave time to nurture their own relationship.

After years of appeasement and compromise, the bond of friendship is put to the test when Julia is struck by a taxi, which results in a severe brain injury. Though Julia survives, she is a different incarnation of her former self—one that’s even more demanding with even less of a social filter.

In order to care for her, Julia’s parents bring her back to Ann Arbor where Nathan, the true love she forced Marissa to leave behind, still lives. Under the guise of righting past wrongs, Julia becomes fixated on breaking up Dave and Marissa in order to reunite her with Nathan.

Faced with the potentially-permanent loss of the best friend she’s ever known, Marissa is forced stand on her own and find strength within herself to deal with the new Julia—and, to face up to the familiar pressure to give up, yet again, the one thing that matters most: the man she loves.

Despite all of her beauty and graciousness, Julia has a sense of subtle cruelty about her. She is manipulative and jealous almost to the point of being sadistic; but she does it with a smile, as if to mask her intentions. Taken in small snippets Julia’s actions seem trivial and harmless; however, further inspection reveals them to be deceptively calculated.

Although Marissa is in love with Dave, Julia’s effect on her over the years has caused her to constantly second guess herself. With Nathan back in the picture, and Julia in her ear, she becomes conflicted and confused, causing her tread into the deep and dangerous waters of indecision and what ifs.

Camille Noe Pagán’s debut sweeps the reader up and effortlessly carries them across decades of friendship, heartache, and pain. A poignant story of friendship and controlling your own destiny, The Art of Forgetting is simple, yet well rendered.