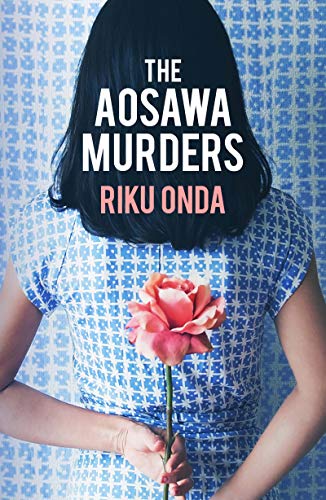 “The genius of this novel is that it cultivates a nonstop air of menace. Practically every character comes off like a potential murderer.”

The town at the heart of Riku Onda’s The Aosawa Murders is the perfect place for a crime. Somewhere between sleepy and practically dead, the Japanese city of K— is somewhat enchanted thanks to both the immeasurable heat and the neverending sounds of the sea. Human events have also had an impact on K—, especially the 1973 mass poisoning of the Aosawa family.

This crime forms the center of this sprawling narrative, or rather, narratives. The massacre of the Aosawa family is told and re-told from the perspective of several different characters, including many who are never named. Onda takes her time in dissecting not only these people and their lives after the murders, but also how this one gruesome crime led to several subsequent deaths and tragedies.

Much like Friedrich Durrenmatt’s black satire, The Pledge, The Aosawa Murders invokes all of the tropes of detective fiction only to infuriate them and reader expectations. For instance, the detective in this novel believes in his bones that Hisako Aosawa, the blind and pampered lone survivor of the massacre, is the culprit. Others share this view, including the novelist Makiko Saiga, whose novel The Forgotten Festival did much to scandalize K— following the murders. In the end, a solution is simultaneously suggested but out of reach.

In many ways the perpetrator is less important than the crime itself. The Aosawa Murders uses its many voices to examine the crime from different angles. Each individual offers either their own suspect (the detective, for instance, seems to imply guilt on Makiko’s part, saying that her book “had a certain ominous . . . or perhaps, shall we say . . . sinister undertone”) or eliminates other suspects (for instance the grandson of the tobacconist, who refuses to believe that the suicidal bike messenger blamed for the murders in 1973 actually planned the poisoning). In the very last paragraph, a new suspect is offered by one of the chief suspects, but even then the mystery remains.

The genius of this novel is that it cultivates a nonstop air of menace. Practically every character comes off like a potential murderer. As for K—, it is the quintessential town of secrets, with the Aosawa mansion as its morbid core. Speaking of that house, which is described as a Gothic pile, with Western-style windows, Japanese wood, and a constant stream of classical music, it is reminiscent of Shirley Jackson’s Hill House: a foul abode that is inexplicably evil.

The Aosawa Murders goes beyond the confines of detective fiction or the murder mystery and enters the territory of big “L” literature. This is a novel that simmers; it is a quiet horror show about human depravity lurking within the bosom of tranquility. The house, the disabled girl, the murders, and the town—these elements create an intoxicating story that is as tragic and mysterious as life.