Any Dream Will Do: A Novel 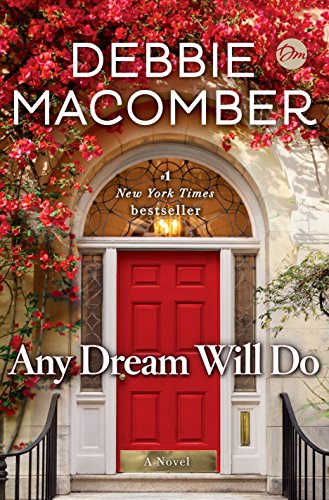 Because someone has gone astray and made mistakes, do they deserve a second chance, even if their missteps have meant being incarcerated?

Shay Benson's life changes as a teen after her mother dies. Her worthless and abusive father leaves her to care for her younger brother, Caden.

Shay is trying to move on when an agonized Caden begs for her help. Caught up in the drug scene, he owes a lot of money. If he doesn't come up with it, it could cause him his life. Shay, employed as a teller, falls for his pleading and consents to steal from the bank when he promises to return the funds.

Responsible for Caden, she realizes taking the money is wrong, knowing she'll be in serious trouble, but she must protect her brother. Of course, once Caden gets the cash, he takes off, and Shay is facing a three-year jail term for embezzlement. Angry for being taken in Shay is determined to rebuild her life upon her release, refusing contact with Caden.

Released from prison before Christmas with a few hundred dollars and no place to go, Shay is dropped off by a bus in front of a church where she goes to think and be out of the cold. There she meets Pastor Drew Douglas, a man suffering his own private hell, grieving over the loss of his wife some years prior. He sees something in Shay, and through his connections he gets her admitted to the Hope Center in a one-year program allowing her to get back on her feet.

Belligerent and aloof, Shay soon becomes involved with the curriculum and loses the chip in her shoulder. Drew often checks on her and they become friends. She is drawn close to Drew's children, Sarah and Mark, relishing in the warmth of a family life she never experienced. Due to her past, she will not allow herself to dream of finding love or marriage.

Drew takes her to dinner after completing the program as she is rebuilding her future. Her belligerence now gone, is shown here:

"Once the server left the table, I continued with our conversation. 'When I first came to Hope Center, Lilly asked me what my dreams were. At the time I was in a dark place and unable to see my way out of this black hole. Any dream I'd ever hoped to have had been destroyed. There was no going back.' I paused when I saw a sad look leak into Drew's eyes. 'That was how I felt at the time. Do you know what Lilly said to me?'

"'She said any dream would do. And so I gave her a list of what seemed like impossible dreams that I once had before my life went to hell in a handbasket. And a funny thing started to happen. The longer we talked, the more I felt hope creeping into my heart. It astonished me to learn that all it took was a few discussions with Lilly. My hopes for the future, things I had once set in my mind, dreams that had seemed forever lost, all at once they felt real. Achievable.'"

Drew has conflicting feelings. Grateful to Shay for getting him out of his depression, he is attracted to her, impressed she is working hard to build a new life. He sees her as warm, selfless, and caring, one he could picture in his life. His kids love her, so what better endorsement is that? Only thing, the parishioners and church elders do not trust her, believing she and her past sets a bad example.

Written in alternating chapters in the voices of both Shay and Drew, this emotionally-charged novel offers redemption as well as mystery and romance. Ms. Macomber delves deep into the mind of a woman who loves to the point of not considering the dire consequences. A heartwarming tale showing how to heal, forgive, and be a better person, Any Dream Will Do proves second chances can help one change.