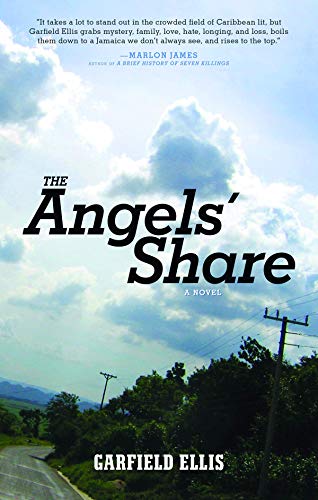 It is not a promising sign when a book that claims to be a literary novel begins smack in the middle of a sex scene.

It’s even worse when the scene is badly written. (Among other actions, the narrator is “aiming along her heaving, moist crevices.”)

Perhaps worst of all, the scene truly is gratuitous.

The hot and heavy moment between the narrator, Everton Dorril, a 37-year-old middle manager at a Jamaican beverage company, and his girlfriend, Audrey, is rudely interrupted by a frantic phone call from Everton’s stepmother announcing that his father is missing. Presumably, the scene is meant to demonstrate how Everton’s unreliable father, Nigel, a retired civil servant, constantly disrupts his life. Fair enough.

Except that Everton spends the rest of the book complaining that chasing after his father has jeopardized—not his relationship with Audrey—but a crucial business presentation and a chance to watch Venus Williams play in the U.S. Open.

Nigel is in fact quickly found, uninjured after a car accident. Everton then agrees to spend the next week traipsing up and down the byways and valleys of Jamaica with his father, partly on the assumption that he will meet Nigel’s long-lost secret lover, and partly to compensate for a childhood when he rarely saw his dad.

Like Everton and Nigel’s relationship, The Angels’ Share occasionally breaks out of its pattern with moments of beauty and originality. Clearly, author Garfield Ellis has a strong love for his native island, and it shows in his descriptions.

Caught in a traffic jam on a bridge, Everton sees “trees hanging now on both sides of the gorge: breadfruit trees along the slopes, and small cultivation with no system to it; yams curling up the vines, corn, peas, vegetation up and down. . . . Even the light posts are laden with heavy vines so that one can hardly see them, just the hint of board in some places and the electricity wires sagging out like overweight clotheslines.”

Most of the novel, however, is written as clumsily as the opening scene.

For one thing, it is strangled with clichés and lazy language. Everton feels “the blood drain from my face” after the phone call from his stepmother and is “blinded by tears” when he rushes from his business meeting to chase his father.

The author has won several Caribbean-based awards for previous fiction, yet he repeatedly commits the beginner’s sin of telling instead of showing.  For instance, Everton declares that “I am confused, unsure, unable to focus.” In the next sentence, he proves exactly that point in a much more powerful way simply by describing his actions: “I try to make coffee, fill the kettle with water, switch it on, and sit at the counter wondering what to do.”

Sometimes, the telling takes the form of portentous declarations. By looking into father’s eyes, Everton realizes “that I am ready to receive, so I am able now to seek and not be afraid of what I will find, to question and not be afraid of the answers, for whatever I find there will be true and strong as this light that glitters in his eyes.”

The mystery of Nigel’s secret life is interesting enough to move the father-son journey along, despite the weak writing and obvious plot twists. Of course Everton will learn to love and appreciate his father. Of course he will get more in touch with the natural rhythms of indigenous Jamaican life. Of course he will realize that Audrey (who’s she, again?) is wrong for him.

There are hints that Ellis is capable of much better writing. The best part of this novel is the subtle shifting from Everton’s spoken patois to his written King’s (albeit clichéd) English. Without any big pronouncements, that linguistic duality shows the psychological strain of a local kid trying to succeed in the global business world—to be the son his father has always been proud of.