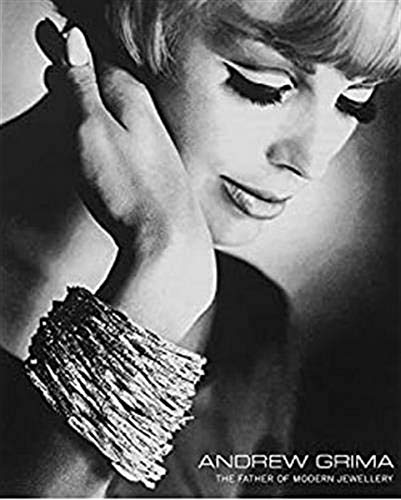 It is a rare occurrence when a dedicated and extremely well-informed fashionphile runs across a book about a creator that they have never heard of before. Yet Andrew Grima: The Father of Modern Jewellery is a wonder. Unquestionably there will be few, if any, readers who have ever heard of the man nor how he came into prominence unless the reader happens to be a jewelry historian as well as aficionado.

Marching to the beat of a different drummer is a person who is defined as someone who behaves or does things in a manner that does not conform to the standard, prevalent, or popular societal norm. This definition clearly speaks to Grima, who stands out from the pack of his colleagues—those who preceded him and those who came after him. It is quite safe to say that those who are devotees of the classic heritage brands might find the oeuvre of Grima to be almost disturbing, as his work is the polar opposite of those brands and designers we so often read about within this genre.

Grima was especially prescient about branding, and the places where he exhibited his concept of what fine jewelry encompasses whether in terms of design, presentation, or material. The more astute reader will take note of the collaborations he engaged. It’s a rather safe bet to make that the work of Andrew Grima is an acquired taste and nothing at all what most readers will be expecting within this massively composed monograph.

Once you get past an excessive amount of text throughout which includes a family tree as well as a rather complete biography, it is only then that you experience the visual impact that Grima had and experienced starting in the ’60s in London and expanding internationally.

Another interesting aspect of Andrew Grima: The Father of Modern Jewellery is that on rare occasion you can see that Grima influenced in the jewelry of contemporary designers although he’s never referenced by those designers. Andrew Grima is a well-kept open secret in the world of fine jewelry.