Among the Dead and Dreaming 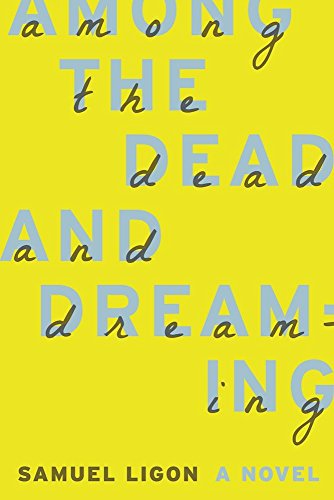 The 240 pages of Among the Dead and Dreaming are crammed with 18 narrators, eight of them dead, including one fetus, plus about 10 other major characters. (To be fair, the fetus says only one word.)

But just four of those narrators really matter, and for the last 75 pages the reader can’t tear away from their powerful, alternating voices as they move ever-closer to violence and either truth or more lies.

The intertwined relationships among these four—indeed, nearly all of the stories and relationships in the novel—radiate out from the complex love and longtime friendship between Kyle, a young artist in suburban Long Island, New York, and Cynthia, an heiress.

Supposedly, Cynthia and Kyle are romantically involved, not with each other, but with two of the four prime narrators: Cynthia with Mark, a political consultant; and Kyle with Nikki, a beautiful drifter who never sticks around boyfriends, jobs, or towns very long, but who right now is working in newspaper advertising. The other chief protagonists are Alina, Nikki’s teenage daughter with a previous boyfriend, and Burke, that boyfriend’s psychopathic brother.

Within the first two pages, Kyle and Cynthia die in a wild crash on Kyle’s motorcycle. The book then spans the next week as most of the narrators try to come to terms with the twin deaths.

Nikki, however, has a far more urgent task: to stay alive herself.

Burke is stalking her, convinced that she murdered his brother, Cash, 14 years ago but also that he himself is really Cash in a sort of spiritual-schizophrenic way. In any case, Burke insists that  “the guiding hand of fate always determines” what he does and that if he happens to beat up Nikki or the prostitute Cinnamon, well, it’s their fault.

Author Samuel Ligon, an associate professor of creative writing at Eastern Washington University in Spokane, could probably have omitted half of his narrators—such as the three dead and indistinguishable mothers who get only one moment apiece in the spotlight. Making the dramatis personae even more confusing and forgettable, all but Kyle’s father, Gino, and Cinnamon have middle-class, nonethnic names. (Is Denys the same person as Daryl? Is there a Billy and also a Bobby?)

Of course, the strength of using multiple narrators is the ability to add layers of complexity. And despite the general WASPiness of the cast, Ligon amazingly manages to imbue most of these people with distinct personalities, voices, and histories.

Often, their stories circle back on each other, reflecting themes of futile romance, dying mothers, and especially, the desperation of loving a child. As Nikki muses, “It’s Alina of course, Alina, who . . . I never grow tired of looking at or touching, those moments of fullness and potential surrender stretching out with me in a dream forever.”

Burke is clearly the creepiest and most terrifying. But one of the unexpected layers in this novel is the way the least likely narrator—David Lambert, a Chicago congressman for whom Mark had worked—echoes Burke’s self-delusions, albeit in nicer language. Just as Burke imagines Nikki being in love with himself/Cash, David rhapsodizes that his adulterous affair with a 16 year old “was first and foremost a celebration of life, a kind of prayer.”

Besides the overabundance of characters, the novel’s other serious flaw is that a few strings get tied up too neatly at the end, with one character abruptly undergoing an unexplained, 180-degree, emotional about-face.

Overall, however, Ligon has pulled off an intricately interwoven novel that is both a gripping page-turner and also a deeply felt exploration of the most piercing kinds of pain.