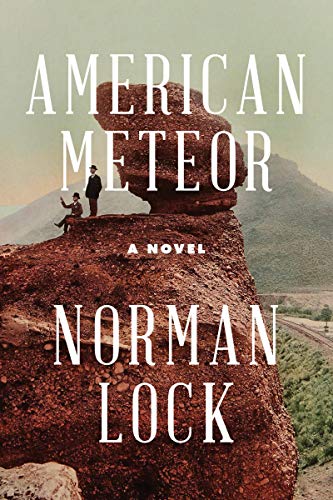 “a lovely panorama to behold.”

In 1964 Thomas Berger published an unexpected book, Little Big Man. It was a fictional memoir in the voice of an old man recalling his bumbling journey across the mythic “Wild West” where he was witness to many of its great and terrible events, i.e., the buffalo slaughters and the Battle of Little Big Horn. Berger was among the first American storytellers to flip the cowboys vs. indians tale, recasting the Indians as the humane defenders of a pristine land and white Americans as the despoiler of the same.

Though largely ignored when it debuted, the novel gained a word-of-mouth following and was eventually made into an influential movie. Little Big Man has paved the way for countless retellings of the American Western story (i.e., Dances with Wolves) and just as many fictional memoirs in the voice of witnesses to history (i.e., Winston Groom’s Forrest Gump, Peter Carey’s True History of Kelley Gang).

The newest novel that appears to follow in the footsteps of Little Big Man is Norman Lock’s American Meteor. Lock’s protagonist, Stephen Moran, tells of his life starting as a poor oyster-raker in New York and then as a boy soldier-bugler in the Civil War. But most of the book follows Moran’s post-war odyssey: first, as the attendant on a luxury railroad car that formerly housed the slain Abraham Lincoln; then as a photographer’s assistant traversing the West; and finally as General George Armstrong Custer’s personal photographer and would-be assassin.

While American Meteor’s set up is derivative, the book is redeemed by Lock’s exceptional authorship and narration. Stephen Moran’s self-perception, for example, is more nuanced than Groom’s Forrest Gump (everyman savant) or Carey’s Ned Kelley (sin-denying murderer). Moran is an old man who’s lived a complicated life full of highs and lows, and he knows it.

Lock’s narrative walks an intriguing line between realism of escapism. On the one hand, Stephen Moran’s life contains plenty of realistic serendipity—friends in unexpected places, near-miss romances, falling into a profession. But this baseline of realism is trumped by a fanciful biographical arc that spans meetings with Walt Whitman, Ulysses Grant, a Gilded Age railroad tycoon, a famous photographer, and, of course, the Old West’s most vainglorious character, General Custer.

As proven over the course of several acclaimed previous works, Lock has a gift for detail. A teen-aged Stephen Moran, for example, innocently prefers baseball to prostitutes; an older Stephen Moran, shivering in an impoverished Indian winter camp, wiles his time by spitting in the air to see if his gob will freeze before hitting the frozen dirt floor.

Similarly, American Meteor has wonderful descriptions. An entryway to a Manhattan engraver's shop is vividly described this way:

“The light was bad; the dreary shop smelled of chemicals. The walls were papered over haphazardly with engravings of every sort: animals of the veldt, wild flowers of the Great Plains, the Pyramids of Giza, the pugilists of old New York, a patent medicine catalog. The floor, too, was littered with inked foolscap stamped in grime by the soles of hobnailed boots.”

And Stephen Moran offers the following wonderful self-appraisal: “I’d never have survived my youth without a disarming, slightly fraudulent manner. I was not a con-man, but I borrowed his plausible face and shrewd ways to escape thrashings.”

As demonstrated above, Moran speaks with a delightful combination of Shanty Irish brogue and high-Victorian grandeur. And the book is full of old-timey contrasts that Lock has conjured up for our pleasure, i.e., the metaphor of a manly brute weeping over a dead dog.

For all of its skill and sophistication, American Meteor is predictably politically correct in its discussion of the white man’s conquest of the American West, including: the decimation of the buffalo herds, the racism against Chinese railroad laborers, the cruel treatment of Native Americans. As historical fact, these are well-understood American sins. The reader knows this long before cracking open American Meteor.

Therefore, Lock missed an opportunity when he made his narrator so preachy on these topics. Stephen Moran would have been a more interesting narrator if he, like the majority of Americans of that era, rationalized the bad practices. Moran is a flawed Victorian in many ways, but his politics are fully attuned to the pieties of the 21st century Liberal Arts curriculum.

Like the western sky, American Meteor stretches to the horizon in all directions. While a few clouds cast a shadow here and there, it is, nonetheless, a lovely panorama to behold.