The Almost Sisters: A Novel 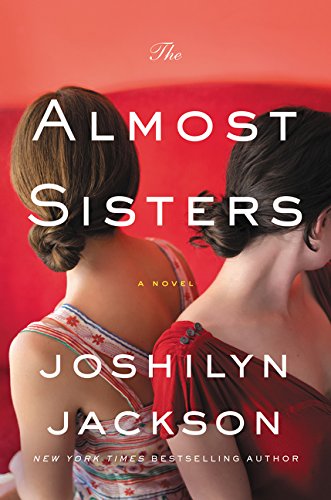 “a truly funny, keep-you-awake-all-night page turner. . . . a laugh out loud book with a big heart. One of this summer’s best.”

At 38, successful comic book artist Leia Birch would probably have been happy if her only problem was the unbreakable writer’s block she faced. As all-time dogpile champion, though, life had a few more shots to get in: Leia’s beloved grandmother’s dementia, which the family matriarch has been successfully hiding with the help of her lifelong best friend, is revealed in an explosive outburst in church; Leia’s stepsister’s perfect marriage turns out to be not so perfect; and Leia herself “falls pregnant” with One-Night-Stand Batman’s baby.

When the discovery of a long hidden body in a locked trunk is tossed into the mix, well, it’s enough to put Leia off her feed.

Joshilyn Jackson has pulled off another lovely seriocomic novel of the contemporary South in her latest, The Almost Sisters. Told in the voice of Leia, The Almost Sisters is full of wry humor and wit. It takes a strong character to carry such an outlandish number of plots successfully to conclusion, and Leia surely fills that bill. She is a modern woman standing tall in the combined patriarchal cultures of the American South and geekdom. Not only is she daring enough to live alone and happy, despite the cultural pressure to settle down, she does so while battling the Reddit-style gender trolls who question her abilities in her chosen profession.

Jackson does a lovely job of letting Leia do so with humor (albeit brittle, at times) and warmth, which characterizes this novel in its entirety. The Almost Sisters is immersed in hot button topics, including the aforementioned sexism in the comic book industry, single parenthood, stepfamilies, divorce, the rights and needs of people with dementia, and racism. Any one of these topics can be enough to send a novel to dark and weighty places, but Jackson has chosen to find light where she can.

Leia is not overly shaken by her impending parenthood; she has a home, a good job, and has always wanted a family. When she shakily wonders aloud about the weirdness of discovering “sex works,” it comes not from a place of panic or concern. Finding “Batman” isn’t a major concern, and that’s a good thing when all she remember is that he’s black and a good kisser.

Which brings up another potentially derailing topic in any novel: racism. Jackson, as a product of the contemporary South herself, allows Leia no blinders when it comes to the potential issues she and her child will face. Leia begins with worry about how her family will react to the news of her biracial child, and some broad generalizations about problems he could face from their society. What sets The Almost Sisters apart from other novels that face this topic is the deft way Jackson lets Leia grow into a more deeply felt and personal reaction.

Leia is almost cavalier when she finds out about her pregnancy, with a sense of, “The South . . . waddaya gonna do?” She acknowledges potential problems with no real fear that she will not be able to face them alone. It is only when she is slapped upside the head with the “Second South,” a term Leia grows to understand as the South without the privilege with which she has grown up and lived within, that she recognizes that “genial racism” isn’t so genial. She also faces a reality in which her child will not live fully in either her First South or the Second, and the hunt for Batman is on.

What makes a family is another theme of The Almost Sisters. Leia has always had a troubled relationship with Rachel, her stepsister. They still vie for the attention of their joint parents as they approach middle age. Still, when Rachel needs to settle things with her estranged husband, Leia is there to take Rachel’s 13-year-old daughter along with her Birchie’s home.

When Rachel herself needs succor, Birchie and her live-in best friend don’t hesitate to take her in, though she is not a blood relative. Even when Batman makes his appearance, it’s as if he belonged in the family manse all along. With him comes a large and loving family of his own, one that inhabits a different world than that of Leia, and with which her child will also belong.

The Second South is a theme that pervades the second half of this novel, and is perhaps where Jackson stumbles a bit. Her passion to make the reader feel what Leia feels when her eyes are opened is genuine; however, it reveals her own privilege. What is worldview changing to a white, upper-income woman will likely be met with a shrug and an inner, “Who didn’t know that?” from a great number of less fortunate readers.

Regardless, Jackson takes a novel so full of conflict and problems that it should have been over the top unbelievable and makes it work with the sheer force of talent. Whether Leia and her cobbled together family can solve all of the problems (including that pesky deadline with Dark Horse Comics Leia has to meet) become almost secondary in the reader’s mind to how they will do it together.

The Almost Sisters is a truly funny, keep-you-awake-all-night page turner. Leia Birch, Birchie, Lavender, and the rest of the cast of characters are relatable, their stories are by turns humorous and poignant, and the lessons learned by Leia are timely. This is a laugh out loud book with a big heart. One of this summer’s best.