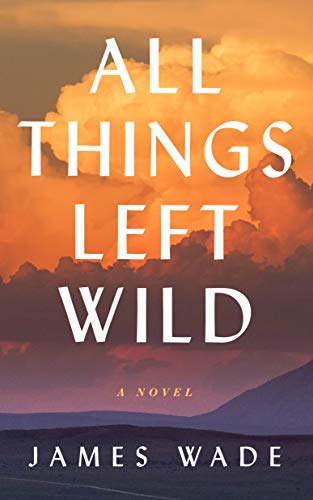 “revenge, like love and death, comes at inopportune times.”

When Caleb and Shelby Bentley’s mother dies, Shelby hatches a plan of revenge.

“‘I got a plan,’ he said, unable to contain his grin. ‘We’re gonna rob Randall Dawson. What do you say?’”

‘I say you need to slow down on that whiskey.’”

Shelby blames rancher Randall Dawson for everything that has gone wrong in their lives because he’s the man who had their father, a drunken lawman, voted out of office, then bought up most of their land and livestock.

Caleb goes along with Shelby’s scheme, and it goes terribly wrong. Dawson’s young son is killed defending the stolen animals. The two get away, but now there are lawmen coming after them.

‘Keep laughing,’ I told him. “Maybe you can joke your way out of that noose they’re getting readying for us.’”

Thus begins fugitive lives, with first the sheriff after them, and then, when the lawmen give up, only Randall Dawson, goaded on by his grief-stricken wife’s need for revenge, is left to follow.

Dawson doesn’t fit in. Raised by his grandfather and father, he’d been educated in boarding schools in the East, learning “table manners instead of survival skills.” A budding poet, he married a girl from Philadelphia who was entranced by his tales of the splendor of the West. He’s unprepared to go on a quest of vengeance against two teenaged boys only a little older than his own dead son.

He says as much to his wife:

“You can’t possibly believe I’m better equipped to hunt these men than a trained officer of the law.”

“I do not believe you better equipped,’ she told him. “I do not believe you remotely equipped for this or any other action outside of scribbling falsities on parchment. I also know that I cannot bear to live another day with a man who would not seek to avenge his own son.”

Faced with the choice of losing the only other person he loves, Randall reluctantly sets out.

Caleb and Shelby’s path take them into Mexico where they meet General Lawrence Grimes, a man obsessed with ridding the West of the “soulless and dark men” who’ve profited from it, to free it again for the “things left wild.”

Caleb argues about this:

“Wild don’t always mean good, Mr. Grimes. Some things are better left alone.” What Caleb wants is a place “to call mine but also a place where folks are pulling together.”

When he meets Sophia, he finds his one hope for that quiet life he seeks—but behind them, Randall Dawson is drawing closer.

This is the kind of novel readers can spend weeks discussing—the philosophical and moral nature of it as well as its fatalistic sense of justice.

In his first meeting with the general, Grimes asks Caleb if he’s a wicked man, then decides he isn’t.

Caleb is wicked; where Shelby is hotheaded and impulsive, Caleb is a “thinking boy.” He plots and waits before he acts. That is the thing drawing Grimes to him. In some ways, however, he’s still an innocent, put into situations by his relation to others. He knows stealing horses is wrong and killing certainly is, but he goes along with Shelby because he’s family.

“I knew my brother was a bad man but I couldn’t leave him. He was all I had left.”

Nevertheless, he has enough morality to be certain one day everything he’s done will catch up with him and he’ll pay. Goodness later doesn’t absolve wickedness now.

In the end, the reader may be rooting for Caleb, having been drawn to him because of his youth and the way he’s bared his soul and his hopes in so many eloquent speeches. We want him to find that place he’s searching for, where he and Sophia can become a family, but Caleb and Dawson are riding toward their own inevitable appointment in Samarra, though in this instance that city is in the dry plains of east Texas.

By now, Dawson has suffered a second loss, of a surrogate son and another woman he loves. He’s resigned himself to nothing but death.

Too late, both men learn that revenge, like love and death, comes at inopportune times, such as when a young man has settled down to raise a family or an older man has given up all hope.

For a long time to come, All Things Left Wild will linger in the memory of all who read it—the tragedy, the hope, and the irony of it all.