All My Mother's Lovers: A Novel 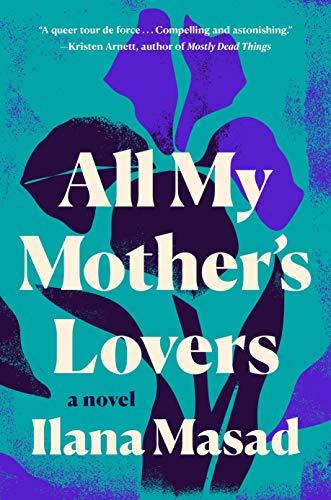 Ilana Masad’s debut novel All My Mother’s Lovers is an in-depth exploration of family dynamics, the miscommunications and resentments that sometimes span lifetimes, and the moments of redemption, which often prove elusive and hard-won.

Maggie Krause, the protagonist, is having sex with her girlfriend when she learns that her mother has been killed in a car crash. Maggie is in her late twenties. Like most people her age, she expected to have years to work through her acrimonious  relationship with her mother Iris.

Iris worked outside the house when Maggie and her brother Ariel were growing up, and Maggie feels much closer to her father, Peter, who cared for them at home.

To make matters worse, Maggie’s mother was not initially accepting when Maggie came out.

“Iris never made a secret of her discomfort with her daughter being gay, but she'd stopped being so overt about it in recent years, which Maggie took as a sign that she'd given up trying to change her. There was still an edge to her mother's tone when she asked Maggie if she was dating ‘anyone,’ always the implication being that perhaps, just once, the anyone would be a man.”

Maggie returns home after her mother’s fatal accident to find her father practically comatose with grief, and Ariel, even more furious than his mildly hostile default setting.

Maggie, herself, feels little grief at first, because she’s enraged with her mother about myriad issues.

When she finds five letters her mother addressed to unknown men, Maggie is intrigued. She decides to skip the shiva and find the men who all live, conveniently, within driving distance.

The rest of the novel takes place over the course of the week, as she discovers what the reader assumes she is going to discover.

The mystery remains how her mother reconciled the two disparate sides of her life—her seemingly happy marriage and her extramarital activities.

And even larger questions loom.

How did her father miss the clues? Or if he knew, how did he deal with it?

Maggie is a young, somewhat childish protagonist.  She smokes a lot of pot, she suffers from anxiety, she’s angry and defiant one minute, and needy the next. However, she’s also mature enough to realize she’s missing key information about her mother, and that realization makes her a character worth reading about. Her insights about herself and her dogged pursuit of the truth about her mother prevent her from coming off like just another self-absorbed twenty-something.

How little we know about the people closest to us, Maggie discovers, and how sturdy the defenses we build to protect ourselves from knowledge we can’t handle.

It is possible to write off one’s own parents without reflecting on what’s driving their behavior, but at what cost? Iris’s own upbringing as the child of a Holocaust survivor may have something to do with her fear of Maggie being targeted for her sexuality.

Maggie herself has become commitment phobic because her mother was unaccepting and rigid, but solving the mystery surrounding her mother’s affairs may provide her with healing as well.

Though the novel is told mostly through Maggie’s perspective, several chapters are devoted to Iris’s viewpoint, and they provide a much-needed counterpoint to Maggie’s bewildered conjecturing. Iris’s sexual desire and pursuit of sexual fulfillment despite various obstacles is a unique and gratifying aspect of the story.

At its heart, this is a novel about a child scrambling to understand a recently deceased parent. Maggie’s frustration and longing feel universal in this engrossing coming-of-age story about a young woman who has a lot to learn—and knows it.