All the Broken Pieces 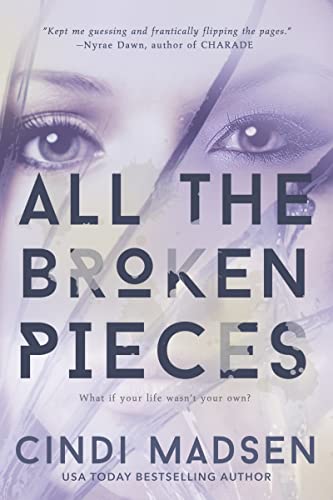 Liv Stein awakens in an unfamiliar room, broken, bruised, and with no memory of life before the accident her parents claim nearly killed her. More disturbingly, she begins having strange, lifelike dreams and hears two distinct voices in her head, neither of which seem to be her own.

Juxtapose these challenges with life as a junior in high school in a new town and the attentions of a boy with his own mysteries, and you have Cindi Madsen’s All the Broken Pieces.

Ms. Madsen writes clean, clear prose, avoiding much of the overwriting and telegraphing that mark many Indie published releases. Liv’s anxiety and disorientation are allowed to mount gradually; it is only later in the book that she (and the reader) realize that they result just as much from her feeling of personal “wrongness” as from her transplantation to a new environment.

Ms. Madsen knows teen girls and nails the details—from Liv’s concern about covering her scars, to a desire to look right, to Liv’s desire to have the right friends and boyfriend. Her dichotomous feelings about the popular crowd—both desiring to belong to them and scorning their outsize power in high school society—are something with which most teens will identify.

As the protagonist begins to realize that her dreams might very well be memories, the sense of unease mounts. Ms. Madsen effectively creates tension with shorter sentences and sharper verbs, imitating the sense of panic in Liv’s mind as she realizes something is very wrong with the story she’s heard from her parents.

Unfortunately, the author then blows all of the suspense she’s crafted on a completely implausible, highly disappointing, and shock ending. Another quibble: A side story involving the ultimate love interest’s past is tepid at best, causing the story to drag more than once.

If Ms. Madsen had kept her ending within the realm of possibility, All the Broken Pieces would have been a fine YA mystery/romance. As it is, it is an okay read . . . if you make up your own believable ending.