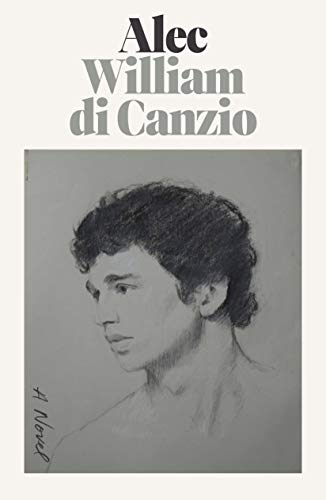 On the eve of World War II, inspired by a visit to the home of philosopher and gay rights advocate Edward Carpenter and his partner George Merrill, E. M. Forster penned the novel Maurice, a coming-of-age story about an unreflective young upper-middle-class man struggling with his homosexuality. At the end of the novel, Maurice gains the courage to leave his position as a stockbroker, family and friends to be with Alec Scudder, a young gamekeeper. Forster did not envision a future for Maurice and Alec (in one early draft they become woodcutters). To live together, they must disappear from conventional British society of the time.

For decades, the novel circulated among Forster’s friends. Based on their advice Foster revised the novel in 1932 and again around 1960, but he did not want the novel published in his lifetime. It is unlikely that this story of male-male love with a vague but happy ending would have been published in an age when any expression of homosexual desire was illegal. Laws against sodomy were finally removed in 1967, Forster died in 1970, and Maurice was finally published in 1971. Some critics attacked the work as a “thesis novel” of little literary merit. Nonetheless, Maurice is considered a gay classic. A fine film adaptation was released in 1987, one of a trilogy of superb Forster adaptations by James Ivory and his colleagues.

Now, in an ambitious, absorbing book, William di Canzio writes Forster’s story from Alec Scudder’s point of view and extends Alec’s relationship with Maurice Hall well past their disappearance at the end of Forster’s novel. Di Canzio’s reimagining and extension of Forster’s novel is a work of bountiful imagination combined with historical research and infused with a deep love of Forster’s classic.

Di Canzio’s Alec is a young man imbued with pride and considerable intellectual curiosity. Unlike many young men of his class, he remained in school until he was 16. Visits to the local library introduced him to classical homoerotic art, which led him to realize his attraction to men. A handsome friend introduced him to sex. Since it was impossible for a young man of his background to get a job befitting his education and aspirations, Alec took a job as an assistant gamekeeper at a grand estate. Alec’s pride made him uncomfortable with his lowly place in the class system.

Before he meets Maurice at Clive Durham’s family estate, Alec encounters a group of people who will become important to him. After running naked in a local race, Alec is called into the living room of the manor where he works. Mrs. Wentworth, the lady of the house, introduces him to Risley,an aristocrat who offers Alec money for sex. Alec’s refusal leads to his firing, but the wealthy Mrs. Wentworth, who will later become a baroness, and the openly gay Risley will become important supporting players in Alec’s future. While working at the Durham estate, Alec takes courses at the local working men’s college where he meets Morgan, a Cambridge don who is volunteering as a teacher. Lovers of Forster’s work know that Forster’s friends knew him as “Morgan.” Di Canzio makes Morgan-Forster a kind of presiding spirit for Alec.

The meeting and alternately passionate and angry encounters with Maurice Hall at Clive Durham’s estate quote and elaborate on material in Forster’s novel. However, Alec really takes flight when di Canzio takes his story past Forster’s conclusion. The lovers are criminals under British law but find supportive friends in Morgan, Risley, and Edward Carpenter and his partner, George Merrill.

Much of the novel takes place during World War I. Maurice and Alec enlist in the Welsh Fusiliers with hopes that they will be comrades-in-arms, but the British class system intervenes. Maurice is sent to officers’ training and then to Turkey while Alec remains a foot soldier in France, Belgium, and Germany. Both men are maimed physically and mentally by the horrors of war. Hard as they try to communicate, they lose track of each other.

Di Canzio has created a series of novelistic challenges. First, to justify this elaboration and extension of a novel that is beloved by gay readers. Second, to make a significant contribution to the large body of literature about World War I. In Forster’s novel, we know little about Alec beyond his gayness, his love of Maurice, and his fierce pride. In di Canzio’s telling, Alec is in many ways more intellectually curious and responsive to art and music than his Cambridge-educated lover. He is loved and respected by the members of the elite circle who come to embrace him and Maurice. Here Maurice is the less fleshed out character, but that seems appropriate. Forster’s Maurice was never particularly questioning or introspective. His one expression of courage was to act on his love for Alec.

Almost half the novel describes Alec’s experiences during World War I—his heroism, his compassion, and his friendships. Di Canzio gives us enough gruesome detail to justify the damage the war does to Alec’s psyche and spirit, but Alec seems to embody the traits of the Greek heroes he read about as a youth. There is some suspense as to whether the lovers will be reunited during or after the war, but Alec is first and foremost a romance, so to some extent the outcome is foreordained.

More than in Forster’s novel, di Canzio reveals an alternate social world filled with gay men who find ways to express their desire. Despite the harsh laws, men find spaces not only to have sex, but to find love and deep friendship. Alec and Maurice quickly find a supportive circle of gay men and gay-friendly women. While Forster envisioned the lovers moving out of British society altogether and into “the greenwood,” di Canzio sees them in a gay alternate universe.

Like many romances, there are some coincidences here that may raise eyebrows, but Alec Scudder’s complex personality and di Canzio’s colorful writing and engaging characters hold the reader’s interest. As the conclusion of Maurice leaves the lovers moving out of British society into an uncertain future, so Alec leaves the couple moving on to a new life. There is room here for a sequel.