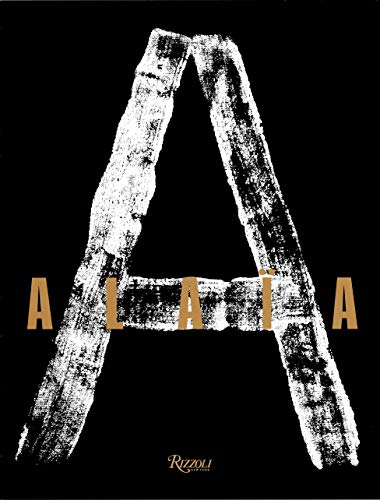 Where does one start when trying to explain, analyze and dissect the oeuvre of Azzedine Alaïa? Fortunately this incomparably epic monograph has been re-released and reprinted after a 10-year hiatus since its original printing to honor both the life and death of the one of the most creative, original, outspoken, skilled, deified and totally brilliant designers of the 20th century and a small part of the 21st. Consider this your singularly most expansive and intimate look at the breadth of Azzedine Alaïa’s work and why he is held in the highest regard.

This is truly a love letter and a paean to the artistry and life of Azzedine Alaïa. The “scrapbook” of over 200 images includes the work of by Paolo Roversi, Annie Leibovitz, Steven Meisel, Helmut Newton, Patrick Demarchelier, Arthur Elgort, Ellen von Unwerth, and Gilles Bensimon plus images of just about every supermodel who ever graced his runway in addition to his muses and inspirations. There are several unexpected aspects of the book, one of which is a collection of men’s images, which is something that this fashionphile and devoted fashion reader has never associated or known about but that is just one of the serendipities that adds to the allure of this book.

This is the only book ever published that is totally devoted to the designer, which makes ALAÏA collectible as well most definitely the last word on him when it comes to his accomplishments as a designer. If there is anything detrimental to be said of this book it would be that while it is billed as “bi-lingual” this reader/reviewer would take issue with that and say that the majority of the text is “en français!” and that’s a pity.

For the uninitiated of Alaïa fashionphiles, the tome provides a visual reminder of how vast this man’s talent and fashion vocabulary was and that even though most remember him for his “bandage” dresses, he was so much more than that; he was a master technician as well as a master of proportion who truly loved women and the female form.

Lastly, one of the most essential aspects of this book is to keep in mind that all of the images were selected by Monsieur Alaïa and that nothing was changed from its original printing. It is exactly as it was two decades ago and yet shows no age. This is a must own book for anyone who adored him and his contribution to the world of fashion or for those who just revel in the visual.