The Airborne in World War II: An Illustrated History of America's Paratroopers in Action 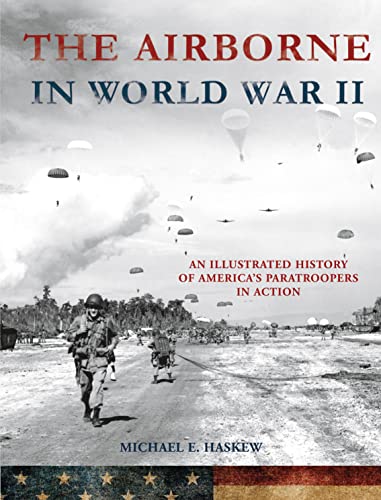 “a solid introductory volume to anyone wishing to learn about America’s airborne forces in World War II . . .”

American airborne forces in World War II gained a well-deserved reputation for courage and determination in conducting some of the most hazardous operations of the war. Their achievements have been chronicled in numerous books, movies, and the great HBO series Band of Brothers.

However, although there are many good divisional and regimental histories by authors such as Phil Nordyke and Frank Van Lunteren, an overall narrative of these forces has been challenging to find. This book attempts to provide that missing all-encompassing history of America’s airborne forces and their major operations.

The author goes back to the beginning of America’s experiment with dropping soldiers out of airplanes behind enemy lines, from the early ideas of airpower theorists like Billy Mitchell to chronicling how the Army begin experimenting with airborne concepts after watching the success of German airborne forces in the invasion of Holland and Norway in 1940 and the conquest of the island of Crete by German paratroopers in 1941.

The book does a good job of balancing breadth and depth while covering the many airborne campaigns in Sicily, Italy, Normandy, Holland, Germany, and even the seldom covered American parachute drops in the Pacific theater. The book has a many well-chosen photographs and maps to accompany the narrative.

Surprisingly, the one thing missing from this fine book is any sort of bibliography or recommended reading. For an overview narrative volume, this is a significant oversight, as the author does a fine job in introducing the many campaigns and heroes of America’s airborne forces, but offers no suggestions or recommendations for readers wishing to delve more into a particular unit or campaign.

Other than this oversight, this is a solid introductory volume to anyone wishing to learn about America’s airborne forces in World War II from their inception to their final campaigns in the European and Pacific theaters.