Agatha Christie's Poirot: The Greatest Detective in the World 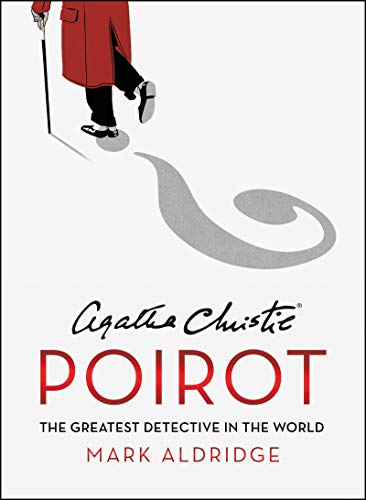 “Perhaps because Poirot is less a person than principle—a method of detection that is meticulously logical and orderly—he has transitioned easily from print to radio to stage, and from there to screens big and small.”

For more than a century Hercule Poirot has remained perhaps the world’s most favorite detective. The Belgian sleuth has stayed unchanged since his first appearance in The Mysterious Affair at Styles (1920) up through Elephants Can Remember (1972), his final appearance in Curtains: Poirot’s Last Case (published in 1975 but written in 1940), and Kenneth Branagh’s upcoming film version of Death on the Nile.

Translated into 103 languages, Poirot has been beloved by audiences everywhere. Standing a mere five feet four inches tall he is small in size but great in consequence, an unchanging embodiment of hope that all problems, no matter how fraught or impossible they may seem, can be solved decisively. For readers who wish to know the details and historical sweep of the cerebral detective’s appearances in print and on stage, radio, television, and film, this is the book to read.

Perhaps because Poirot is less a person than principle—a method of detection that is meticulously logical and orderly—he has transitioned easily from print to radio to stage, and from there to screens big and small.

Mark Aldridge is the previous author of Agatha Christie on Screen: The Birth of British Television, and T is for Television: The Small Screen Adventures of Russell T. Davies. They testify to how well researched and full of detail this current volume is, something for the reader’s “little gray cells” to savor. The chapters are arranged by era: 1920s, 1930s, and so on, although the book need not be read in sequence.

It is loaded with juicy anecdotes and excerpts from contemporary reviews, and it includes much on the actors who portrayed him over the years—Albert Finney, Peter Ustinov, David Suchet, and Kenneth Branagh, plus less well–known names from earlier decades. Aldridge is careful not to spoil the endings, which may encourage readers to take up titles they had missed or forgotten.

The author provides an accessible history for each of the novels, short stories, and story collections in which the idiosyncratic detective appears and then places each into the context of Christie’s personal life and writing career. Publisher HarperCollins could scarcely believe its luck when The Murder of Roger Aykroyd (1926) was “acknowledged as one of the greatest pieces of detection fiction ever written.”

That novel “initiated a great deal of discussion about the ‘rules’ of crime fiction.” It wasn’t unfair to “leave things out,” Christie said, and she relished challenging the detective form, which over time let her become a more sophisticated writer then many credited her for.

The Peril at End House (1932) marked a critical peak that lasted many years. Even though she would recirculate favorite themes her books were far from formulaic. Like Peril at End House, Evil Under the Sun (1941) has “a sunny veneer wall hiding a cruel core.” It forces the reader to rethink their attitude toward time, place, and relationships “before they can even start to reach the solution arrived at by Poirot.”

Ever since she introduced the fictional mystery writer Ariadne Oliver in The Secret of Chimneys (1925), readers have claimed to see Christie herself in the recurring character of Mrs. Oliver, who refuses to kowtow to society’s expectations of women. Lamenting the stupidity of male police authorities, she is frequently heard to exclaim, “Now if a woman were the head of Scotland Yard!”

The Duchess of Death wrote quickly, generally during the winter, and finished a book within three months. “Being an author is very difficult because it spoils a lot of your private life,” she would complain. Christie also said, “Why did I ever invented this detestable bombastic, tiresome little creature? Eternally straightening things, forever boasting.” And forever correcting that he wasn’t French, but Belgian.

It is true that Poirot is simultaneously arrogant and sympathetic, a snobbish dandy who is nonetheless equally sympathetic to and understanding of plights faced by ordinary people and aristocrats.

And yet Christie stuck with her creation for decades because he proved a winner—even when the elegant milieu in which he operated underwent dramatic change. World War I was still in swing when Poirot first appeared. By the end of World War II the country houses, servants, chauffeurs, and formal evening dress had disappeared as the background against which he plied his detection.

For years Christie disdained every appearance of her character on screen except for Sidney Lumet’s 1974 film adaption of Murder on the Orient Express, which she loved. She got to see Albert Finney’s Oscar-nominated performance but passed away at age 85 before she could see David Suchet’s, whose portrayal of Poirot reigned on the small screen for 25 years.

Agatha Christie may be dismissed by highbrows. And yet her exceptional Murder on the Orient Express (1934) continues to astonish readers with “one of the most famous literary endings of all time.” Speaking of The ABC Murders, Noel Coward said, “One lays the book down with the feeling of satisfaction that is indeed rare,” while British Prime Ministers Clement Attlee and Anthony Eden both praised Agatha Christie as a master of detection.