Up Against the Night 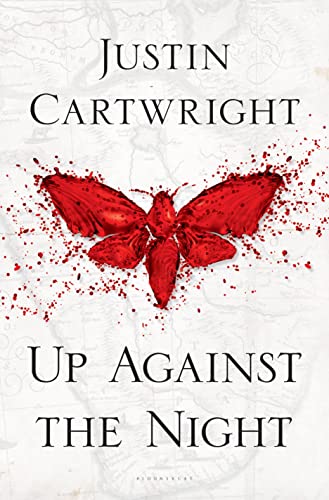 Frank McAllister, a wealthy South African-born investor who has spent his adult life in London, takes languid drives through the richly varied countryside of the native land that he clearly loves. He remembers the Eden of his childhood summers staying with his aunt on the family farm and also carries his own Eden with him—his fiancée, Nellie, and their offspring from previous marriages.

Up Against the Night—the new novel by the Whitbread Award-winning author Justin Cartwright—also meanders languidly into beautiful terrain. But Cartwright seems to have even less idea where he’s going than Frank does.

Although Cartwright lays the groundwork for several interesting side trips— in terms of both plot and psychological depth—he never pursues them very far.

For instance, Frank starts the novel by declaring that “Most of my life, I have been reluctant to be associated with my ancestor” Piet Retief, an actual and controversial nineteenth-century leader of the Afrikaners’ Great Trek from Cape Town. In search of their own all-white African Eden, Retief and about 100 followers were massacred by the Zulu King Dingane in 1838.

“I believe that there is something rotten at the heart of the Retief story,” Frank continues, “at odds with the myth of heroism and sacrifice” on which Frank, as a white South African, was raised.

But almost nothing more is said about Retief until two-thirds of the way through the book, when Frank abruptly decides to visit the massacre site. That visit, including Frank’s ruminations before and after, lasts all of six pages. And that is pretty much the end of Piet Retief.

In what could have been another fascinating exploration of South Africa’s tangled racial history, Frank’s 22-year-old daughter, Lucinda, suddenly shows up, discharged from drug rehab in California, with a 2 ½-year-old black child named Isaac whom she says is her boyfriend’s son.

Lucinda, Frank, Nellie, Isaac, and their assorted friends and family troop around South Africa, waited on by Frank’s black servants, driving past “the shacks that line the road,” dining at expensive restaurants, and somehow no one seems to comment on the appearance of a group of wealthy whites with a young black child.

Hovering in occasional chapters is Frank’s cousin, Jaco, a drunken, racist, self-pitying ex-Scientologist with a “9mm Beretta 92FS semi-automatic strapped to his thigh, ten rounds in the magazine.” This side story creates the novel’s only dramatic tension, but it doesn’t start until the halfway point and feels awkwardly shoved in.

Of course there is value in a slow, deep unraveling of character and scene, a pleasure that is all too rare in our rushed e-world today. “As we descend from Hells Hoogte—Hell’s Heights—I feel as though we are crossing the border to a secret but familiar and blessed world, a series of valleys and steep passes to wild mountains which suggest all kinds of possibilities,” Frank muses, in a typical passage.

Yet Up Against the Night falters on the literary scale, too. Frank’s ex-wife Georgina is a one-dimensional villain: vindictive, selfish, shallow, and materialistic. Meanwhile, Nellie is the perfect Swedish combination of sex goddess and earth mother.

Maybe the recovering drug-addict daughter has trouble accepting her new stepmother? Never fear: Lucinda “loves” Nellie, and when her parents used to fight, “I was always on your side, Daddy.”