After Sappho: A Novel 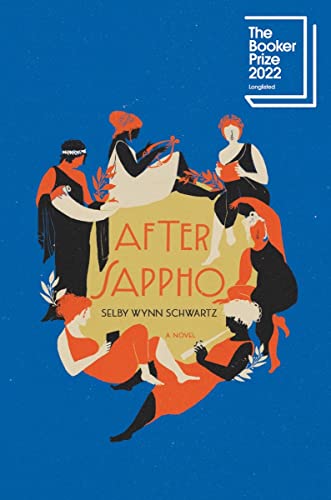 “After Sappho is a women’s text in that it is non-linear, non-hierarchical, multi-voiced, innovative, and highly creative and original.”

After Sappho by Selby Wynn Schwartz, a genre bending, innovative work, defies clear categorization. It contains multitudes: scholarly, well-researched histories of Sapphists, literary and historical references, imaginative stories and dramas, and both poetic and prosaic writing. Despite all these disparate parts, After Sappho is a brilliantly constructed, complex, and fascinating hybrid text.

Organized in a collection of vignettes or short historical fragments, After Sappho is a who’s who of noteworthy lesbians who lived in Europe from the 1880s to the late 1920s. The book begins and ends with Lina Poletti, an Italian writer, and includes Natalie Barney, Romaine Brooks, Gertrude Stein, Virginia Woolf, Vita Sackville-West, Radclyffe Hall, Sarah Bernhardt, and many other non-conformist female artists. Further, interwoven in the narrative are fragments, recreations of, and references to Sappho and Cassandra, who serve as competing feminist voices—Sappho who inspired and Cassandra who warned.

Even Schwartz’s narrator is unconventional. To emphasize and exemplify the interconnectedness of the women who came after Sappho, her first-person narrator speaks as “we.” The work is a form of collective storytelling. Cassandra foretells: “Our lives are the lines missing from the fragments. There is the hope of becoming in all our forms and genres. The future of Sappho shall be us.”

After Sappho is as much about becoming Sappho as it is about her impact or “after.” The various stories and histories tell of the struggles of these artists and how they found their voices and identities. In a section on Virginia Woolf’s essay “The New Biography,” the narrator explains that “These biographies would bring forth moments of becoming that lasted for centuries; there would be more than one life unfurling in every life. The lines would not break off on the page just when we had fallen in love, and in each chapter Sappho might become a different one of us.”

In Sibilla Aleramo’s section, she observes while reading the writer Aurel, that “Aurel hoped that women writers would disobey the laws that bound men’s books. It was time for women to take language for themselves.” This is precisely what the writing in After Sappho achieves. It manifests a form of ecriture feminine or women’s writing, a term coined by the French feminist literary critic Helene Cixous. For After Sappho is a women’s text in that it is non-linear, non-hierarchical, multi-voiced, innovative, and highly creative and original. In the fragment on the oft referenced and revered Orlando by Virginia Woolf, the narrator asserts: “In fact no one could tell what was its genre, it was as mercurial in mood and ample in form as Orlando themselves.” So too is After Sappho.