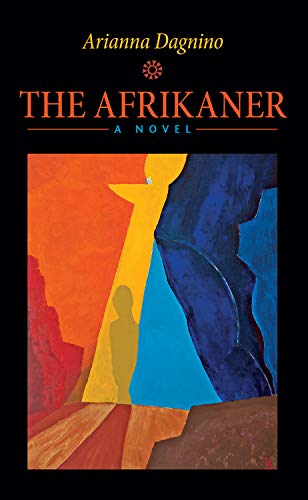 “Arianna Dagnino is to be complimented on her storytelling ability. She describes the beauty of South Africa through the careful choice of words, providing a cultural education for her readers.”

The Afrikaner by Arianna Dagnino is set in post-apartheid South Africa, in the late 1990s. The emotion of the period grabs the reader from the very beginning with the death of Darios Aldani in the dark of night at the hands of three hooded thugs on a street in Johannesburg.

The story progresses with Zoe du Plessis mourning her lover’s death. Zoe and Darios, colleagues and palaeontologists, worked side-by-side attempting to trace the origins of humanity. With his death, Zoe requests to be the person to replace Darios and continue his work.

It is an uphill battle plagued with recognizing the task fraught with her status as a woman in charge of a dig and taking over in place of a male and her lover.

Included in her challenge is her knowledge of the family curse, which she learns about by reading a diary handed down to her from Great Aunt Charlotte. The curse proclaims that “the firstborn females in your family will see their men die before producing offspring.” And so, Zoe being the firstborn female in her generation, experiences the pain of this all-too-true curse through Dario’s death.

At the same time, Dagnino delves into the depths of her main character’s beliefs. An intellectual, wealthy, white woman in a black world, Zoe absorbs the pain that was apartheid and continues to be apartheid. Although she has come to terms with the aftermath of this racial injustice, and she accepts its outcome, Zoe also confronts her own personal history: “Since she was a little girl, the subliminal consciousness of white entitlement has seeped through her skin.”

Zoe and her brother, André, own the Finistere farm—a successful winery in Cape Town, although Zoe prefers the somewhat solitary work of a dig to the day-to-day work of the farm. She is happy to let André be the leader in the business.

When André brings in a partner to handle the sales of the product, Cyril Kunene enters the scene. “The tall black gentleman standing in front of her shows the lean and self-assured look of a New Yorker accustomed to doing business in the city. He belongs in another league, she senses, as she takes in his features: soft, full lips, high cheekbones, beautifully shaped almond eyes slightly turning downward—indeed, a perfect poster man for the post-apartheid era.”

Zoe agrees to the new partnership and disappears once again into the Kalahari desert in her search for humanity’s origins, and perhaps a search for her own. As she learns more about the family curse, she further learns of other family secrets that she must absorb and accept.

After several months of unsuccessful searching, Zoe returns to the farm for Cyril’s introduction as the new partner. Yet she is drawn back to her research and her only connection to Darios. As Zoe prepares for her trip back to the dig, she is introduced to a new character, Kurt Van der Merwe, an author, referred to as the Thief of Stories. An awkward relationship begins to form, one that Zoe initially rejects. And yet it follows her across the country back to the dig. Although Darios never totally dissolves from her heart, Kurt begins a slow, methodical entry to fill the void.

Arianna Dagnino is to be complimented on her story-telling ability. Her words are sensual as she describes the characters that flow through the story as well as the locations that Zoe visits. While the story branches out in several directions, each branch comes full circle to focus on Zoe’s growth and her acceptance of loss and failure and family secrets as she comes to terms with situations that cannot be reversed and the acceptance of changes that make her the person she becomes.

As Dagnino describes the beauty of South Africa through the careful choice of words, she provides a cultural education for her readers. The Afrikaner is a definite keeper.