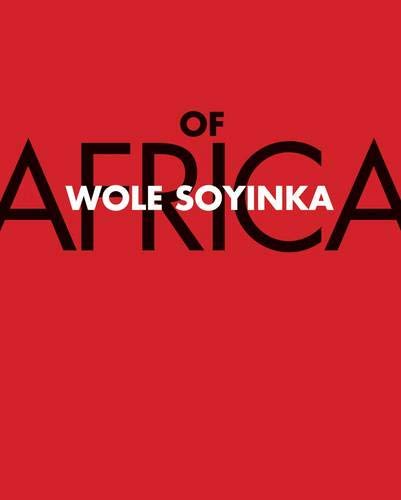 “Wonderful writing, wonderful thoughts, and in the end an erudite and informed plea for tolerance and humanism.”

“With increasing frequency I dismiss as merely respectable opinions I have long held—or thought I held—and try to discern what I have really lived by, and what others live by,” said American writer Saul Bellow in his Nobel Prize reception speech.

Few people ever pay much attention to these Nobel Prize speeches. Supposedly great writers make them. It is their opportunity, supposedly, to say something permanent with the entire world listening. And yet show me one literatus who can quote from, say, Italian 20th century playwright Dario Fo’s speech? Hemingway made a truly great one—does anyone even remember him?

I cited the quote from Bellow because it tries to go to the heart of what matters, which is supposedly what Nobel Prize speeches should be about.

Wole Soyinka became a laureate in 1986, and he devoted most of his speech to denouncing South African apartheid.

One can hardly blame him for making use of the platform, as Mr. Soyinka has been directly involved in African politics for a large part of his life. But he had a broader statement to make, talking about the influence of Africa on European art:

“The vibrant goal remained the complete liberation of man, that freeing of his yet untapped potential that would carve marble blocks for the construction of a new world, debourgeoisify existing constrictions of European thought and light the flame to forge a new fraternity throughout this brave new world. Yes, within this single movement that covered the vast spectrum of outright fascism, anarchism, and revolutionary communism, the reality that was Africa was, as always, sniffed at, delicately tested, swallowed entire, regurgitated, appropriated, extoiled, and damned in the revelatory frenzy of a continent's recreative energies.” [Excerpted from nobelprize.org]

Mr. Soyinka’s new book, Of Africa, tries to expand on this theme, with a more elaborate attempt to link African myth and African thought to African politics.

Where in the past his work tended to keep politics and myth in separate compartments, here he tries to break down the Chinese wall. As in the Nobel Prize speech, one has the sense the he is trying to make “what he really lives by” discernible.

But style before substance! The reader can, at first, just enjoy the book as a truly gorgeous read.

Living, as we do, in a time of literary poverty, a time when books like Snow Crash are taken seriously, we can only celebrate a writer with a range of culture and skill at English prose like Mr. Soyinka’s:

“Nonetheless, it is in the nature of hope that some events, especially attainments that constitute a measure of advance, nudge us toward an assessment that amounts to a quantifiable breakthrough from a state of stagnation, or, indeed, from a reversal of a history of retrogression, such assessments attaining even hyperbolic dimensions.”

How many writers today could frame a Jamesian sentence like that?

Then there is the range of culture. Speaking of the 20th century Senegalese poet and politician Leopold Senghor:

“Senghor, a possessed griot who squinted at columns of steel and chrome-tinted glass in a city that narrated the chronicle of Western separatism and launched an exhortation separated only by lyrical tonalities from Martin Luther King Jr.’s ‘I have a dream.’”

Mr. Soyinka moves easily from Senghor to Proust to Ralph Ellison’s Invisible Man and on to Norman Mailer. He has the literature of Europe and America, as well as that of his own continent, at his fingertips.

Given his skill at expression, it is not surprising that Mr. Soyinka takes on some thorny topics. What is Africa? Has it ever emerged into its own identity? What is the place for traditional African religion among the revealed religions that dominate the world today?

Mr. Soyinka devotes a chapter to the literary identity of Africa in the West, showing how its image has been distorted from the time of Shakespeare to that of the election of an African to the presidency of the United States.

“Africa remains the monumental fiction of European creativity,” Mr. Soyinka insists, and the rule, in so many African countries, of dictators is partly the result of that fiction, as Africans are not expected to be able to take care of themselves.

That fiction helped to perpetuate the African slave trade, one which continues today, and Mr. Soyinka documents it in the next chapter. Slavery is, of course, a form of genocide, and Mr. Soyinka links the fictionalizations that justified the slave trade to the genocide seen in Rwanda and Sudan. “The internal criminality of the past has been transformed into the impunity of the present,” he insists. And he explores that theme in the next chapter on the conflict in Sudan.

It is worth summarizing these chapters, just to show how for Mr. Soyinka it all fits together: politics, literature, history, myth. He goes on to explore this theme, decrying the thrust of theocratic power (Islamic or Christian) on the continent. He tries to show how traditional African religion could co-exist with Islamic or Christian belief without conflict for in traditional African religion, as he explains in detail, humanity exists before the gods—and not the other way around.

For Wole Soyinka, African values sum up as a kind of humanism, a kind, he thinks, that we have lost in the West. And this, one may find, is somewhat disappointing. Wonderful writing, wonderful thoughts, and in the end an erudite and informed plea for tolerance and humanism.

Not, as they say in the sitcoms, that there’s anything wrong with that! (Canned laughter, please). It’s just that as with so many of the Nobel writers, one finds oneself back in the most basic sort of idealistic territory. Bellow decides that it is a kind of partially revealed divine flame that makes us all special. Dario Fo wants us all to address the reality of the present.

Mr. Soyinka echoes Voltaire in a plea for tolerance and humanism.

At least in the case of Wole Soyinka, heaven is in the details.