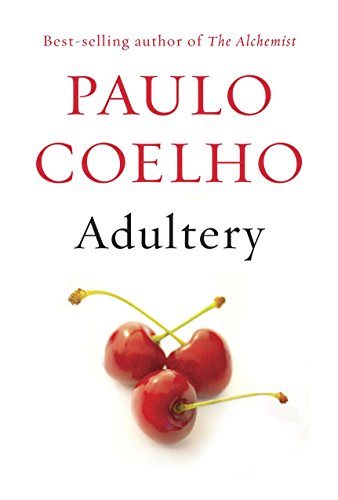 “Coelho has written with great passion and empathy about how our lives may be perfect examples of doing everything necessary to get the opposite of what we want.”

Motive requires the absence of a desired objective. Without the absence there is no motive and therefore no action. Those are the words of a highly respected drama teacher and they could very well describe the protagonist of Paouo Coelho’s novel Adultery, newly translated from the Portuguese by Margaret Juli Costa and Zoe Perry.

Linda has it all, everything she has dreamed of. She has accomplished all her youthful dreams. She has a perfect husband, perfect children, and a successful career as a journalist. There is only one problem: She's bored. Bored to tears. Bored to distraction. Incredibly, irredeemably bored.

So when she has the opportunity to rekindle an old high school flame who is now a successful politician she takes it—even though she has no legitimate reason for cheating on so perfect a husband and risking so perfect a family.

Her first encounter with Jacob Konig is in her professional capacity; she is interviewing him, but after the interview is over, he kisses her, and she returns it and begins her affair. It almost feels casual, accidental. Fate, however, has the annoying tendency to be decided on the smallest and most seemingly inconsequential of moments.

Coelho has chosen the perfect locale for the book, Geneva, Switzerland. For a journalist it has to be the most boring place on earth because nothing ever happens. Switzerland is famously “neutral,” a second cousin to the word “neuter.” Every once in awhile they have a "summit" where the powers of the earth meet and discuss things, but that's it. Her youthful ambition was to be a respected journalist and she has achieved it covering flower shows. It's all so . . . so . . . very . . . Swiss.

One of the things we notice right off is Coelho’s facility for describing Linda’s boredom in such an engaging way that it is interesting to read, which is no mean feat:

“I wake up and perform the usual rituals—brushing my teeth, getting dressed for work, going into the children’s bedroom to wake them up, making breakfast for everyone, smiling and saying how good life is.  In every minute and gesture I feel a weight I can’t identify like an animal who can’t quite understand how it got caught in the trap.

“My food has no taste. My smile, on the other hand, grows ever wider so no one will suspect, and I swallow my desire to cry. The light outside seems gray.”

What engages us is the familiarity of it all. Coelho could be describing anyone’s life after many years of marriage when psychologists and clergy tell us it is normal to be “settled,” and for the excitement to diminish if not disappear altogether. Or perhaps that’s just their way of propping up the somewhat artificial social construct of monogamy.

Social researchers Merideth Chivers, Marta Meana, and many others studying women’s sexuality have concluded that women are hard wired to seek multiple partners. Whether that manifests in simultaneous affairs, serial monogamy, or just accepting their socialization, gritting their teeth, and enduring the boredom, it is natural for women, perhaps even more than men, to be bored in monogamous relationships. The desire is perhaps strongest when many goals have been achieved and life is secure and far less exciting. Motive and action, remember, rely on absence. At the very time when Linda ought to be happiest, she is unfulfilled, lonely, and depressed.

Writing it in the first person Coelho allows us to feel with Linda all the frustration, ecstasy, doubt, and guilt as she explores the stolen pleasures and ultimate disappointments of illicit sex.

“We aren’t who we want to be. We are what society demands. We are what our parents choose. We don’t want to disappoint anyone; we have a great need to be loved. So we smother the best in us. Gradually, the light of our dreams turns into the monster of our nightmares. They become things not done, possibilities not lived.”

We also see how it is far more important to her than it is to her Jacob. He has no intention of leaving his wife, who is his chief asset to his political fortunes. It also quickly becomes apparent that Linda is not his only lover and that his wife is perfectly accepting of his peccadilloes as long as he is discreet and doesn't embarrass her. A wealthy woman in her own right, she is ambitious that he, whether he wishes it or not, become president.

All of which makes Linda mad for revenge; she even goes do far as to plot to have his wife arrested. In this, Coelho immerses her deeply in the delusions that affairs often cause.

Social researcher Paul Federoff suggests that danger is often needed to achieve sexual fulfillment in women, that the routine, the mundane, the acceptable is counter to their needs. Linda finds danger in the affair and that makes it sweeter. So much so, in fact, that everything else recedes into the shadows.

Because of Linda’s obsession with Jacob and his wife, her own family is somewhat peripheral to the story, merely background as it were. We see her preparing breakfast, kissing them goodbye, having a brief snuggle or conversation with her husband in bed, but her mind is always elsewhere. Nothing else in her life really any importance for her aside from its relation to the affair. Her obsession is paramount.

Coelho never lets Linda and consequently the reader, know whether or not her husband knows of the affair. If not, then he is just like millions of other spouses, but it is much more likely that he does know and says nothing. It is as though the author is telling us that true loyalty means letting the other do what is needed, trusting them to return, and if they don't, then you either never had them anyway or if you did have them, it was only for the short term.

Of course, it is not her husband’s fault or her children's faults that she is bored with her life. She is bored because she is afraid, but she would rather blame them than push through her fear and embrace all the wondrous possibilities of her life without those limits. Her affair, a thing she would never have contemplated doing before the opportunity came about, was perhaps the thing that propelled her out of her mundane life and, in that sense, was something she had to do, was in fact, in spite of the social sanctions against it, exactly what she needed.

It was what she was most afraid of, going outside the boundaries of what was acceptable, and although it was doomed from the beginning, it freed her, not from her perfect life, but the restrictions or proper behavior she placed upon it.

Coelho has written with great passion and empathy about how our lives may be perfect examples of doing everything necessary to get the opposite of what we want. Ultimately, Linda’s unhappiness is irrelevant. As a writer the interviews early in the novel tells her, “I haven’t the slightest interest in being happy; I prefer to live life passionately, which is dangerous, because you never know what might happen next.”

Finding legitimate ways to pursue passion is what we all need, for to live without passion is to be dead.