The Accidental Universe: The World You Thought You Knew 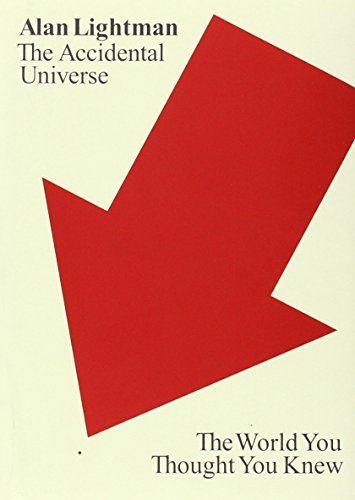 “We are not observers on the outside looking in. We are on the inside too.”

Physicist and novelist Alan Lightman—who also in this book shows himself to be a gifted essayist—has written not so much about cosmology as his title might imply but about our direct, subjective experience with it. We and the universe are engaged in a grand dance.

Experience with real life—or RL as teenagers say who prefer screen interactions to the flesh–and–blood kind—is eroding. This worries Lightman. He touches on an array of subjects from the aesthetics of beauty and symmetrical objects such as flowers and snowflakes, to immortality and the existence of multiple universes.

He asks big questions not in the dry manner of a philosopher, but as a literary writer who knows that real people in RL are unpredictable, contradict themselves, and more often than not are irrational even as they claim otherwise.

The word universe, he tells us, comes from the Latin whose literal meaning is “everything turned into one.” Each essay probes that oneness and our transient existence within it from widely different points of view. The effect reminded me of David Eagleman’s Sum in its audacity and fearlessness. Questions beget questions in the reader.

A big thought: “All that we see around us, including our own bodies, is shifting and evaporating and one day will be gone.” He juxtaposes our physical impermanence with the human tendency to resist change. One manifestation is the growing tendency to abstract ourselves from the physical world in order to inhabit one of digital distraction.

We have trained ourselves not to be present, he says, pointing out that, “we are not observers on the outside looking in. We are on the inside too.” Yet we acclimate faster and faster “to a disembodied experience of the world. Lightman sees “a certain level of detachment from one’s immediate surroundings” when we talk on the phone while walking through a wilderness preserve.

Teenagers since birth have known cell phones and the Internet. Out in the world the author sees them as so engaged in snapping photos and emailing them to Twitter and Facebook “that they do not remember to stop for a moment and contemplate the scene with their own eyes.” Teenagers are unlikely to fathom the author’s message because mediated experience is now their norm. Readers who find Lightman’s reflections congenial may be either somewhat converts already, or so vertiginous from the fast pace of life that they are reaching for a lifeline.