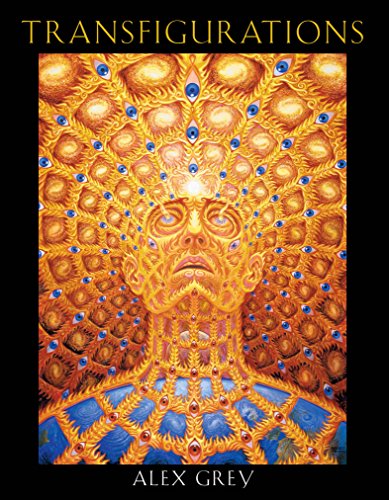 “Transfigurations is a photo essay collection that strives to reveal transgender people as persons who have chosen to undergo major surgery to become what they believe they should always be: the opposite sex.”

Transfigurations isn’t an average book. Because of the subjects’—the photographed, transgendered people—courageousness and photographer/writer Jana Marcus’s fearlessness, Transfigurations is an exceptional book, directed at a precise audience. Confirmation of such exclusiveness resides on page 128 where the author lists the names of more than 70 “book supporters” whom she said made it possible for her to complete this vision.

These supporters and sponsors were obviously needed because, most likely, a traditional publishing company wouldn’t accept such a specialized topic because the distribution and marketing would be both limited and problematical and the return-on-investment small.

Transgender photography isn’t new, nor is Ms. Marcus the first to forefront photos of sexual nonconformist. In the 1950s, Las Vegas-based photographer/journalist Jack Pepper published cheesecake-style images of transgendered Christine Jorgensen (she posed in a swimsuit at the Sahara Casino pool).

Additionally, Brazilian model Lea T, a transgender, has had photos appear on numerous magazine pages. So the concept isn’t new. Ms. Marcus’ photos, however, are. She has created a new way to tell the transgender story. And, her book may be the most sensitive—simpatico—presentation to date.

She writes: “The more I learned about the complexity of gender issues, the simpler I wanted the images to be. The stark studio, sans propos, does not allow you to judge the subjects and their surroundings. They stare back at you, returning the dominant gaze, asking to be recognized, and confronting the viewer with their presences. I wanted each person to be seen simply as a human being, no different than anyone else.”

The author evidently strives to present transgendered people in an ordinary, non-offensive, non-sexualized manner as part of the world community—“normal” people, if you will.

And the photos in a sense (and sans text) are nicely done portraits.

Further, the photographs’ subjects’ comments are presented alongside their pictures.

Transfigurations has four parts: The subject, photographs, essays, and the book design itself.

Because of the curious and titillated nature of humans, sexual photographs surely began appearing with the first photographs ever taken. In more modern times, such avant-garde photographers as Helmut Newton, Diane Arbus, and others have brought uncommon images to the public eye. But there’s uncommon and there’s really uncommon.

And to this reviewer, really uncommon was quite revelatory and amazing.

[Disclosure: I’m a white, middle-aged, straight guy who is married and a military veteran, and has traveled much of the world, living and working in the creative fields—writing, photography, and graphic design—from an early age. I have a very liberal viewpoint of life. I’m not intolerant. But I’m also not at all associated with such lifestyles as the book reveals. So this subject was all new to me.]

In Transfigurations’ foreword, Jamison Green says science can’t tell us what makes someone 100% male or female. In the introduction, the author writes, “What if you knew from early age you were a boy, but your body was developing as a female? What it the whole word saw you differently than you saw yourself?”

An Italian competitor had claimed Caster was not a woman, but a man; a Russian runner agreed.

The International Association of Athletics Federations (IAAF) rewarded Caster’s efforts with mandatory gender testing that, not surprisingly, brought the anatomy question into headlines. The IAAF grounded Caster until July 2010. CBS news reporter Aina Hunter wrote, “During that time she underwent a battery of psychological, gynecological and endocrine tests.”

Caster’s coach resigned in protest and many athletes and others registered strong complaints. South African Sports Minister Makhenkesi Stofile said her human rights had been violated and her privacy invaded.

South Africa Athletics President Leonard Chuene later admitted to having ordered the gender tests and having lied to Caster about the tests’ purpose.

The story proves that even hints of cross-sexuality causes extreme reactions in the general population. As the author puts it, “The strict binary boundaries of what is male and female in our culture start as early as birth, when pink or blue colors are chosen for infants.”

She won the World Championships in the 800-meter race and the silver medal in 2011.

Jamison writes, “Debates about meaning of the words ‘sex’ and ‘gender,’ about what is ‘real’ and what cannot be really changed, have raged all around us, and accusations of ‘deceitful’ and ‘delusional’ have plagued people like me for generations. . . .”

Logically, how can we measure the differences between a woman who endures a sex change and a woman who submits to breast augmentation surgery when both change physical attributes that cause dissatisfaction?

Transfigurations is also photo essay book. If you come from the Ansel Adams, Morley Bair, and Al Weber schools of photography, you believe that a photograph must stand on its own. Meaning, if you need to explain a photograph, it doesn’t work.

The photographs’ apparently reveal neutrality until you turn to page 80, where Aidan’s topless photo bares her breasts enveloped in layers of Saran Wrap. Aidan’s photo downloads reality. Following it are six pages that record Aidan painful progress from a woman with breasts to a handsome, bearded—and breastless—man.

Transfigurations’ photographs were originally a 58-piece photographic exhibit that toured galleries and universities across the U.S. Ms. Marcus, a California Bay Area shooter, has created award winning, documentary and performing arts photography for more than 20 years.

The Transfigurations exhibit scored the Photo District News of New York Best Photos of the Year recognition; The International Photography Awards; the Phelan Art awards; the Excellence in Photography Award from the San Jose State University School of Art and Design; and The Center for Photographic Arts Awards.

In his book The Complete Guide to Black-and-White Digital Photography, Michael Freeman dedicates a full chapter to “Thinking in Black and White.” He says full, black-and-white photography means anticipating, selecting, and composing monochrome right from the start. “The only way to do this is to train oneself to think and see in black-and-white,” he said.

Ms. Marcus' lighting techniques establish her technical and creative ability. In some instances, she uses standard portrait lighting; in others, wrapping highlights across a face or dimensional shadows to emphasize a body curve. Obviously, she used softboxes, bare light, and a beauty dish setup. She rejected, thankfully, such commercial procedures as brilliant hair lights or today’s Hollywood film technique of side lighting the subject’s eyes, to produce a jeweled look.

In Transfigurations, even more importantly, Ms. Marcus has developed a comfortable and trusting relationship with her subjects, people who characteristically don’t trust photographers.

Trust is key in portrait photography. In Transfigurations, trust was critical, essential, absolutely necessary. It may also have been her best reward.

As well, Ms. Marcus, alongside Jamison, well presented the overall story, including keen remarks from each of her subjects, whereas Jamison’s text is wordy and could have used some tighter editing. Here’s a sample paragraph from him:

“Some small percentage of people in every race, ever class—as far as we know—every culture since the dawn of recorded history have felt the need to transform themselves in some way in order to live comfortably with their gender. Debates about meanings of the words ‘sex’ and ‘gender’” about what is ‘real’ and what can and cannot really changed have raged all around us, and accusations of ‘deceitful’ and ‘delusional’ have plagued people like me for countless generations; yet we persist.”

Nonetheless, Jamison provides a compendium of background information—including the history of such experimentations (it began with animals, in Vienna, in the ’20s). Jamison also mentions other photographers—Mariette Pathy Allen, Loren Cameron, Del LaGrace Volcano—who have photographed transfiguration subjects.

Ms. Marcus’ writing style is stronger, easier to read than her counterpart’s. For example: “I discovered that gender is both real and illusory, natural and constructed. By capturing the physical and mental transformation from one sex/gender to another, the photos reveal the importance of the body in gender identity, as well as the effects of transformative practices on the body, which creates a reality beyond the ordinary experience.”

Transfigurations was published by Seven Angels Press. The 12 x 12 in., 132-page book is an attractive, collectable edition and belongs on any collector’s shelf. The color format is black and white, bold, and with clear, modern type. The photos are nicely reproduced.

It’s difficult to read reversed out white type on black pages. And the cover photo—that of a tattooed back—is less than attractive for in my part of the world, tattoos characterize a somewhat inelegant population.

As one of the book’s subjects puts it, the goal of this book is to underscore the fact that that “My basic human right is to be who I am without societal conflict.”

Darek Johnson studied with Ansel Adams and is a writer/journalist/photographer specializing in digital imaging and electronic digital displays.