Ramp Hollow: The Ordeal of Appalachia 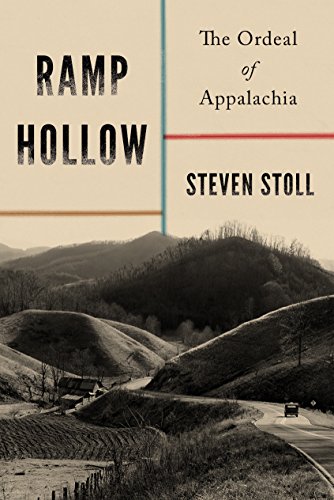 “a well-researched and written analysis to be added to the historiographical shelf on Appalachia, its people, and their dispossession of the land and family home place.”

Appalachia has long been considered and derided, as the homeland, if you will, of uncouth, inbred, unsophisticated, and poverty-stricken hillbillies, among other things. By the same token, it was originally seen, in the early days of the Republic, as the home of the original, self-reliant, independent pioneers who needed neither money nor government assistance to survive on their own in the initial Western wilderness, following the Revolutionary War.

Growing their own vegetables and other food by clearing wooded areas, hunting and otherwise using the forests and the hollows in a self-sustaining manner, these mountaineers, to be sure, were the beau ideal of what many of the Founding Fathers believed would be the backbone of the newly established United States.

Although much of the then-western United States was awarded to veterans through land warrants for their service in the Revolution and could essentially be considered as private property, that was not really the case as circumstances developed. Impossible to police one's particularly wild and rugged far-off property and evict squatters, especially as an absentee owner, much of the land ended up, as a result, being traded, sold, and given to others.

This resulted, not surprisingly, in court cases where titles were many times nearly impossible to determine as to ownership and even in terms of speculation in which many original "landowners" originally intended to engage. The mountaineers themselves also developed a communal or common area usage for the land where private property rights held no sway, another indication of their independent pioneer streak.

With the advent of and admission to the Union of the state of West Virginia in 1863, much began to change in the mountains. As with most of the rest of the country, the state came to be seen as a windfall for corporations, companies, and wealthy individuals when it came to the abundant natural resources, specifically minerals (think coal especially) and timber in particular.

These entities bought up much of the land, notwithstanding the often confusing and bewildering land title mess, and began stripping the land to get at the coal seams and deforesting much of the old growth woods. These actions left huge scars in and on the earth, caused erosion which affected water quality yet provided a relative pittance to those who lived on the land after selling away their rights to the resources.

Additionally, mountaineers were now forced from subsistence farming and living to that of wage earning. They were beholden, and virtually always in debt as a result, to the big coal and timber companies. They lived in company-provided housing, bought their necessities from the company store, and were subject to termination and even violence from law enforcement and private security for any dissent, complaint, or violation of the rules. In effect, it was a form of slavery.

Compliance with the rules was no better as wages were deliberately and intentionally kept low while demands were made for increased productivity, leading to occasional strikes and strike breaking by police, the state National Guard, and company security. It was a vicious and neverending cycle leading to poverty, unrelenting toil, and an eventual unfortunate reputation as mentioned above.

Compounding all of this was the fact that state politicians were in the pockets of these companies. Not only was there no concern or compassion for the state's citizens but political leaders themselves jumped on the bandwagon to get out of it what they could in egregious conflicts of interest.

Today, things are not nearly as bad as laws have been passed to reclaim and return the land as much as possible to a further future usable state, yet the legacy of the 19th and 20th centuries continues to mar the land, and the residents of Appalachia now struggle with a new problem: the opioid crisis, even as many are also God-fearing, hospitable and would give you the shirt off their backs, if asked.

This is a well-researched and written analysis to be added to the historiographical shelf on Appalachia, its people, and their dispossession of the land and family home place. And dispossession is what it's really all about. The mountaineers certainly deserved better.