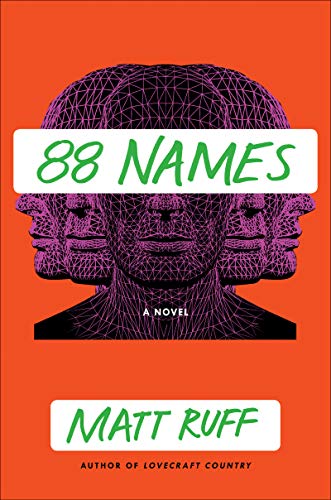 “This book is quite entertaining. It is literally a page-turner and a very successful whodunnit.”

Author Matt Ruff follows in the footsteps of Earnest Cline (Ready Player One) in delivering a vivid depiction of the future based on exciting adventures in immersive virtual reality (VR). Here, fantasy meets reality in an imperturbable and frightening glimpse of tomorrow’s digital entertainment. The reader also perceives how VR can be twisted into acts of mental abduction, criminal persuasion, and insensitive acts of self-gratification.

John Chu is a “Sherpa.” That means he illegally guides paid customers through online role-playing games. For a fee, Chu will create a character for you, arm it to the teeth, and guide you on a dragon-slaying adventure, into a fearsome space battle, or to fight thousands of zombies in a dystopian future.

John’s most recent high-rolling customer is “Mr. Jones.” The ubiquitous Mr. Jones claims to be a very wealthy celebrity who wishes to have a “tour” deep into the land of VR games. Chu suspects that “Jones” is really Kim Jung Un, the ruthless dictator of North Korea.

Additional important characters include: “Ms. Pang,” who appears as a beautiful and wealthy agent of China’s intelligence community. Her goal is to stop Mr. Jones from achieving his purpose, whatever the cost. And there is “Darla” who is Chu’s eternally angry girlfriend. She and Chu engage in VR adult activity, using their avatars. But they never see each other in real life. So who really is Darla?  One final character is Chu’s mother, a cold, calculating, but brilliant intelligence officer for the US government. She assists her son in identifying potential terrorists, including Mr. Jones.

A common, yet unspoken theme in this novel is the cumulative effect of complete disengagement from the real world with immersive VR, and how it affects the real people behind the avatar. For those with a vulnerable personality, this type of VR can establish a psychological and social disability. In the world of psychology, it is called dissociative identity disorder.

Some individuals play VR endlessly. Here, most characters exist only in avatar form. Disengagement does not exist. Only at the very end do we see, but not participate with, the real characters minus the avatar. There’s a lot to explore. Yet it ends there. Was any character contaminated by dissociative identity disorder? Let’s hope that the author decides to write a sequel and devotes much of it to the relationships between the avatars and the real people masquerading inside them.

The general atmosphere and primary characters of this story are thorough and quite well-described. There is plenty of deception and trickery in the plot. Secondary character development, on the other hand, is a little vague. Chu and Darla are protagonists and are quite well described. But the other members of Chu’s team, including his mother, are not as well delineated. Behind this world of avatars are real people, steering their selected avatar through another life with VR games. Yet we almost never realize who these people are. Granted, it is time-consuming to develop two versions of each secondary character. The author risks losing readers who feel that such depth of description overloads comprehension.

On the whole, this book is quite entertaining. It is literally a page-turner and a very successful whodunnit. In real life, avatar drivers are not what their avatar suggests. The real person behind the avatar may not be the same gender, race, appearance, age, or have the psychological characteristics of the avatar. This leads to a very enjoyable ending.