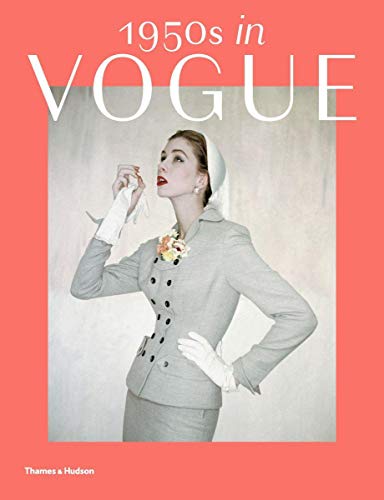 Rarely, if ever, has this reader come across a book of this genre that was as thoroughly annotated, enlightening, informative and just incredible on so many different levels. The name Jessica Daves was only vaguely familiar to this fashionphile, and yet she was a force of nature in the world of printed media who has gone relatively unremembered because of those who stole the spotlight. The headline grabbers were Vreeland, Lieberman, Brodovitch, Edna Chase Woolman and many more. Jessica Daves was literally a champion of women, the high-low aspect of dressing and American designers.

The prospective reader will come to learn that Daves was not just an editor who approved or disapproved of images and articles, but she was also a regular contributor to the magazine who wrote reviews and instituted features that still exist in the Vogue of today. She also brought to light some of the most famous fashion photographers of the era. She was a somewhat brilliant active participant who might have been dismissed due to her somewhat conservative demeanor and fashion mindset, and yet she was at the forefront of so many still existent issues and innovations that began under her reign as Editor in Chief.

This wonderful chronicle is superbly illustrated with images from the magazine, and each image offers information about the designer or manufacturer and photographer as well as any other relevant information. The chapters offer the context for the images, many of which are iconic.

1950s in Vogue: The Jessica Daves Years is an absolutely must read for anyone who has a thirst for fashion history in addition to those who may not know the name Jessica Daves since she was not as flamboyant as her competitor, Diana Vreeland. She was a more than formidable, a competent and knowledgeable player in the world of printed media. Those who have read and studied fashion have had the superstars of the era drummed into their heads, and yet few books of the genre give any mention or lip service, let alone credit, for the original and innovative contributions that were made by Ms. Daves.

A tip of the hat goes to Rebecca C. Tuite who has finally aimed that klieg light on one of the stars of fashion during a time when fashion was becoming international. 1950s in Vogue: The Jessica Daves Years is a gift to all readers who adore fashion’s roots including how printed media such as Vogue and Bazaar became fashion bibles for women all over the world.