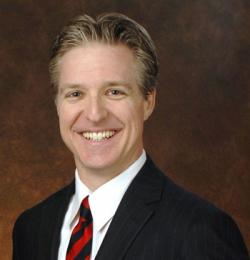 Mickey and Willie: Mantle and Mays, The Parallel Lives of Baseball's Golden Age

“. . . two boys who grew up loving baseball, learned to play it in the country, and perfected in the bright lights of Manhattan and San Francisco.”

“Mr. Wendel engagingly presents the facts of what was a game-changing year in American history for baseball, . . .”

One on One: Behind the Scenes with the Greats in the Game

“One on One has a payoff on every page. Any sports fan will have a hard time putting this book down.

“Bud Wilkinson would be proud of his son Jay’s work on this book—and he would’ve told him so.

When the Garden Was Eden

“Harvey Araton writes as if he is reliving his youth in the days when fans young and old lived and breathed New York Knicks basketball—the days when the garden was indeed Eden.”

“This is where Ross E. Goldstein’s story comes to life: as he puts the reader smack in the middle of the world of professional cycling. Mr.

The Way of Baseball: Finding Stillness at 95 mph

“Shawn Green takes us through the mental process with the singular clarity that once allowed him to go 6x6 with four home runs in one game. Though retired for nearly four years, Mr.

Baseball in the Garden of Eden: The Secret History of the Early Game

". . . religion of baseball and its origins are spelled out as meticulously in Mr. Thorn’s book as the Holy Bible spells out the story of Eden . . ."

The First Fall Classic: The Red Sox, the Giants and the Cast of Players, Pugs and Politicos Who Re-Invented the World Series in 1912

The Marrow in Me

Kevin Walsh is a scratch golfer and a television journalist working in Boston.

Sure to be on Regis Philbin’s reading list this Fall, as well as on those of the millions of other passionate followers of the Notre Dame Fighting Irish football team, The Gipper: George G

Heart of the Game: Life, Death, and Mercy in Minor League America

Forty Minutes of Hell: The Extraordinary Life of Nolan Richardson