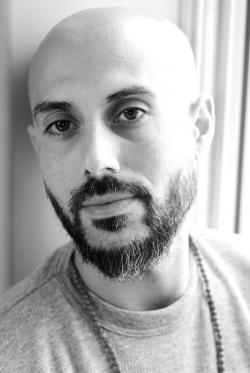 Theodore Richards is the founder of The Chicago Wisdom Project, editor of the online magazine Re-imagining: Education, Culture, World, and a board member of Homebound Publications.

His work is dedicated to re-imagining education and creating new narratives about our place in the world.

He has received degrees from various institutions, including the University of Chicago and The California Institute of Integral Studies, but has learned just as much studying the martial art of Bagua; teaching in various settings and students; and as a traveler from the Far East to the Middle East, from southern Africa to the South Pacific.

He lives on the south side of Chicago with his wife and three daughters.

Cosmosophia: Cosmology, Mysticism, and the Birth of a New Myth

The Great Re-imagining: Spirituality in an Age of Apocalypse

A Letter to My Daughters: Remembering the Lost Dimension & the Texture of Life

Slaying Goliath: The Passionate Resistance to Privatization and the Fight to Save America's Public Schools

“Ravitch is an important figure in the world of education, and her voice needs to be heard.

Footprints: In Search of Future Fossils

“a powerful and fascinating approach to the great crisis of our time. And it gets to the heart of why climate change such a vexing and all-encompassing challenge.”