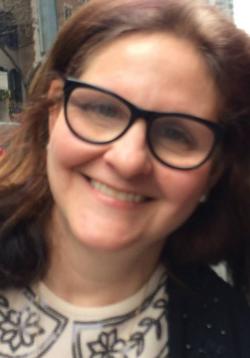 Thelma Adams is a novelist and leading New York based film critic who chaired the New York Film Critics Circle twice during her 19-year tenure.

Her latest book The Last Woman Standing: A Novel is a Kindle bestseller. Previously, she covered the Oscars for Yahoo! Movies for three seasons, interviewing celebrities from Julianne Moore to Joaquin Phoenix to Oprah Winfrey. The New York Times favorably reviewed her debut novel, Playdate, published by St. Martin's Press. Ms. Adams' essays have been anthologized, most recently in O's Little Book of Happiness.

The Last Woman Standing: A Novel

The Crow Girl: A novel

Climbing Mount Kilimanjaro remains a bucket-list challenge, but in the book world, staring down a 784-page Swedish serial-killer novel may make the reader question his or her priorities: Why have I

A Hero of France: A Novel

The Second Life of Nick Mason

You can't judge a book by the superlatives on the cover.