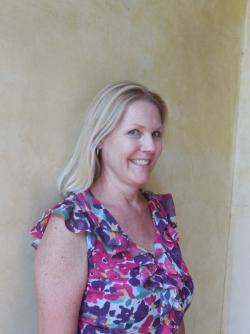 Susan Middleton Elya grew up in Iowa, started writing stories at age seven, traveled to Mexico City in high school, earned a dual degree in Spanish and elementary education at Iowa State University, student-taught in Venezuela, saw Machu Picchu when she was twenty-one years old, studied in Spain, taught ten years of public school, started the Spanish program and wrote the curriculum at Lewis Central Middle School in Council Bluffs, Iowa, earned a master’s degree in Linguistics from the University at Nebraska at Omaha, got married, and moved to California.

The mother of three grown children, Ms. Elya lives in Northern California with her dog, Pepper, and other family members.

La Princesa and the Pea

Say Hola to Spanish at the Circus (English and Spanish Edition)

Nano: The Spectacular Science of the Very (Very) Small

The tall and thin book, Nano: The Spectacular Science of the Very (Very) Small, draws us in with its warm cover of yellow, red, and teal.

“The People Remember covers the most ground of any picture book out there regarding Black history.”

A History of Music for Children

The big colorful book of A History of Music for Children grabs your attention with its orange, oversized cover.

Psychology for Kids: The Science of the Mind and Behavior

The shiny cover of Psychology for Kids invites us in with greens, bright yellows, and purple. We open the book and see colorful gears on the white background end papers. 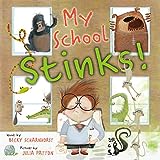 My School Stinks! is about a boy named Stuart who gets sent to a wild animal school by mistake.

“The art is stunning, the words are poetic, and for many, the book will be a comfort, showing how to manage grief by holding onto memories.”

Never, Not Ever, written and illustrated by Beatrice Alemagna, might be the perfect picture book. It’s simple, funny, charming, and tells a universal story.

Before They Were Artists: Famous Illustrators as Kids

The graphic novel, Before They Were Artists: Famous Illustrators as Kids, covers the careers of six illustrators, three men and three women, of varying levels of fame, three deceased and t

The Secret Life of Whales

The Secret Life of Whales is a huge blue book with a shimmery cover. It starts off by explaining that whales belong to the Cetacean family and are either Baleen whales or toothed whales.

Lobe Your Brain: What Matters About Your Grey Matter

Lobe Your Brain is a colorful book about how your brain works. Although it is laid out like a 32-page picture book, it’s really for older kids, ages five and up.

1001 Bees is described by the publisher as a fun, fact-filled, oversized book about creatures and the world they inhabit.

The Secret Life of Boo-Boos: The super science behind how your body heals bumps, bruises, scratches, and scrapes!

“The Secret Life of Boo-Boos is a winner for future doctors, nurses, physician’s assistants, or anyone wanting to learn about the human body in a clever and understandable way.”

“Juan Hormiga is refreshing in its simplicity. It will find itself on many bookshelves because it is so different.”

The Not-So-Scary Dog is a book about a boy who is afraid to go to a birthday party because his friend has a big dog. 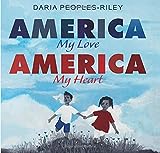 A stunning, trilingual love poem written to the U.S.A. is America My Love, America My Heart.

“Little Audrey’s Daydream: The Life of Audrey Hepburn, would make a nice choice for a young person doing a biography on a famous or influential person.” 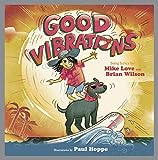 One of the most important songs ever composed for rock music is the Beach Boys’ Good Vibrations from 1966. Once the Beatles heard the song, they knew they had to ramp up their work.

Brooklyn Bailey, the Missing Dog is a true story. Yotam and Emile are bothers who live with Ima, their mom.

Martin Luther King Jr.: Little People, Big Dreams starts out with a young Martin standing on a box in a long black robe, preaching to his family and friends.

The Heart of a Whale

“The Heart of a Whale is a winner for a library, beach house, or a bookshelf in a land-locked world.”

Clownfish Aren't So Funny: Fascinating Facts about Some of the Ocean’s Most Misunderstood Creatures

“This book is perfect for any budding marine biologist, science lover, ocean aficionado, or curious kid.

You Smell!: And So Does Everything Else

“funny, educational, and downright delectable if you have a nose for science and/or weird trivia.”

The History of Rock: For Big Fans and Little Punks

“this book rocks the history of rock.”

“What looks like a simple story is an important one for polka-dotted, striped, or tan children out there. For pink ones, too!” 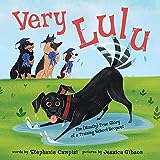 Lulu is a black Labrador who was recruited into a CIA dog-training program. She had a nose for everything. That’s how she ended up at the police dog academy. 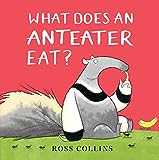 What Does An Anteater Eat?

“Sometimes the simplest stories are the best.”

“This book could’ve easily run twice as many pages in length. It is a Famous Person reporter’s dream and should be in every classroom.”

Becoming Dr. Seuss: Theodor Geisel and the Making of an American Imagination

Who doesn’t know Dr. Seuss and his most famous children’s book titles, Green Eggs and Ham, and The Cat in the Hat?

“Even with (or because of) the poop jokes, Tony T-Rex’s Family Album: A History of Dinosaurs is a keeper.”

A Book About Whales

Andrea Antinori has written a complete book about every kind of whale out there. Did you know that dolphins belong to the whale family?

Along Came Coco: A Story About Coco Chanel

Coco Chanel was an orphan who grew up in a convent in the French countryside. The nuns taught her how to sew. She didn’t like having to brush her hair with one hundred strokes a day.

Pirate Chicken: All Hens on Deck

“This book can be read over and over, because there is always something new to see in the art, and the puns are so punny. . . . 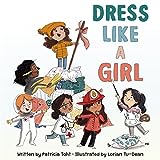 The Little Green Hen is a twist on a classic story, The Little Red Hen. In Murray’s version, the hen is good at caring for an apple tree.

Pencil: A Story With A Point

The picture book Pencil: A Story with a Point, is a book about a pencil with feelings, and a tablet with a mouth, and junk drawer filled with inanimate things with good ideas and silly pun

Why Can't I Feel the Earth Spinning?: And Other Vital Questions about Science

At first glance, Why Can’t I Feel the Earth Spinning? seems to be a book of random and interesting STEM (science, technology, engineering and math) facts.

Duck and Hippo: The Secret Valentine

“Duck and Hippo: The Secret Valentine is a happy story of friendship, perfect for circle time at preschool or one-on-one time in a parent’s or grandparent’s lap.” 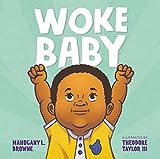 Woke Baby is a book of for the times. “Woke Baby, up before the sun smiles, eyes open./” The illustrated baby of color has two clenched fists and on eye open, one closed.

Ocean: A Visual Miscellany is a large book, surprisingly done in black and blue ink only, not what one thinks of when thinking of a book about some of the most colorful scenery on Earth.

Little Dreamers: Visionary Women Around the World, is a book about 37 (plus 18) women and their contributions to art, science, and math.

P Is for Pterodactyl: The Worst Alphabet Book Ever

P is for Pterodactyl is an alphabet book about words with silent first letters.

This spooky book by Kate Coombs has 17 poems. It is creepy from beginning to end. The art is dark with lots of black, brown, olive green, orange, and pops of red and white.

There's a Dinosaur on the 13th Floor

Mr. Snore checks into the Sharemore Hotel, and the bellhop shows him to room 104. When he gets ready to go to sleep, he hears a squeaking mouse on his pillow. Mr.

This tiny book is packed with fun facts about Charles Darwin, one of the most famous scientists of all times.

The Book That Jake Borrowed

The Book that Jake Borrowed, written and illustrated by a children’s librarian, starts out as a spin on The House that Jack Built.  “/This is Jake./”

A Prayer for the Animals

This beautiful book has a simple message about the animals of the earth, sky, and sea: that they be happy, safe, well fed, and have companionship.

A chaos of color is what you will find in The Great Grammar Book.

“Walls is a book for our time as a divided nation. . . . Sometimes the simplest books have the most to say.” 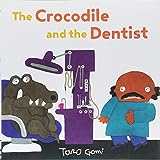 The Crocodile and the Dentist

This colorful book, The Crocodile and the Dentist, has only 128 words in it, and many of them are repeated. First the crocodile says he is afraid. Then the dentist repeats it.

Is That a Skunk?

Gary Bogue was a household name in the Bay Area for many years with his daily column about wildlife in the Contra Costa Times.

What's the Difference?: 40+ Pairs of the Seemingly Similar

This gorgeous book has two owls on the cover and six sections in the table of contents. The book is made up of pairs that are similar but not the same.

What Is Poetry?: The Essential Guide to Reading and Writing Poems

The London author Michael Rosen has been the poet laureate of the UK. He knows poetry. What is Poetry?

We Don't Eat Our Classmates

The intriguing title got this reviewer’s attention. The protagonist is a T. rex named Penelope, and it’s her first day of school. Penelope is nervous about going. 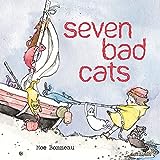 “Seven Bad Cats will become a bedtime favorite for its short jaunty story and its charming art.” 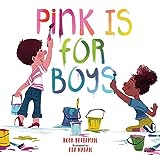 Pink Is for Boys

Pink Is for Boys by Robb Pearlman is a delight.

Shaking Things Up: 14 Young Women Who Changed the World

An online dictionary says that a poem is a piece of writing that partakes of the nature of both speech and song that is nearly always rhythmical, usually metaphorical, and often exhibits such Susan

When Paul Met Artie: The Story of Simon & Garfunkel

Along the lines of the musicals Jersey Boys (Franky Valli and the Four Seasons) and Beautiful (Carol King), the dual biography When Paul Met Artie tells the story of the 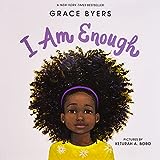 I Am Enough starts out with beautiful art and rhyming poetic stanzas.

How can a book with only 112 words be so satisfying?

Hidden Figures: The True Story of Four Black Women and the Space Race

Margot Lee Shetterly uses the repeating phrase, “really good” throughout this true story of four women working for NASA in the 1940s and beyond. 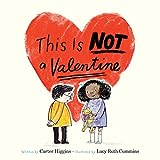 This Is Not a Valentine

Chronicle likes to push the envelope, and in this case, it is covered with hearts—or maybe not. The point of the book is that a stereotypical Valentine is not what the author wants to deliver.

“Clever . . . a nice addition in preschool, kindergarten, and first grade classrooms or on a child’s bedroom bookshelf.”

Aliens Get the Sniffles Too! Ahhh-Choo!

Kudos to Candlewick for doing a sick-kid book. There can’t be too many out there, and what sick child wouldn’t want to go to an alien world to forget about how badly he or she feels?

“William’s Winter Nap is perfect for toddlers and preschoolers learning to share.”