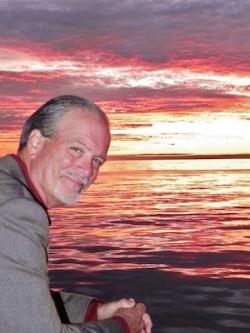 Robert N. Macomber is an award-winning author, internationally acclaimed lecturer, Department of Defense consultant/lecturer, and accomplished seaman. His Honor Series of novels about a naval intelligence officer whose career spans from the Civil War to World War I, are set in locales around the world. They have won state, regional, and national literary awards, as well as the hearts of his fans across North America who eagerly await the next installment.

The 14th book in the series, Honoring the Enemy, has been awarded the Patrick Smith Award as Best Historical Novel of Florida, and won the Florida Book Awards Gold Medal for Popular Fiction. Mr. Macomber been named the 2020 Florida Writer of the Year.

In addition to his literary work, Mr. Macomber lectures on 58 different topics, mainly historical and current geopolitical-military affairs. When not trekking the world for research, book signings, or lectures, he lives on an island on the southwest coast of Florida, where he enjoys sailing and cooking foreign cuisines from his books.

Palm Beach, Mar-a-Lago, and the Rise of America's Xanadu

“Les Standiford has created quite a ride for the reader, from pioneers to posh estates to presidents. It is highly recommended.”

The Ambassadors: America's Diplomats on the Front Lines

The Patient Assassin: A True Tale of Massacre, Revenge, and India's Quest for Independence

It takes a skilled story teller to describe such a monumental place as India in a way that even someone unfamiliar with it will understand the places, events, and participants.