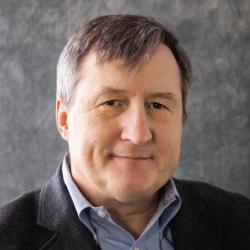 Lights Out Summer (book four) won the 2018 Shamus Award for Best Paperback Private Eye Novel given by the Private Eye Writers of America. The first three books in the series were shortlisted or won awards in the three major competitions for books from independent publishers. A Black Sail was named best mystery in the 2017 Next Generation Indie Book Awards and a finalist in the 2016 Foreword Reviews Book of the Year Awards. Drop Dead Punk collected the gold medal for mystery ebook in the 2016 Independent Publisher Book Awards, while Last Words won the bronze medal for mystery/thriller ebook in the 2015 IPPYs

Mr. Zahradnik was a journalist for 30-plus years, working as a reporter and editor for websites, newspapers, cable networks, magazines, and wire services. He held editorial positions at CNN, Bloomberg News and The Hollywood Reporter.

He received his B.A. in journalism and political science from George Washington University. He lives with his wife Sheri and son Patrick in Pelham, N.Y., where he writes fiction and teaches kids how to write news stories and publish newspapers.

“Lindsay Faye has written a crackling historical mystery in language that sings in its dialogue, description, and narrative.”

Find Me Gone: A Novel

Gone is in the title, set in the typeface familiar from other books, looking like Helvetica went on a diet.