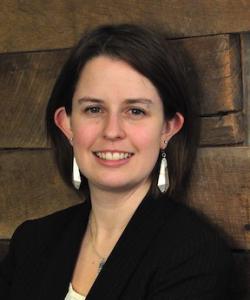 Mandy Smithberger is the director of the Center for Defense Information. Previously she was a national security policy adviser to U.S. Rep. Jackie Speier (D-Calif.) There, she worked on passing key provisions of the Military Whistleblower Protection Enhancement Act into law, which expands protections by increasing the level of Inspector General review for complaints, requiring timely action on findings of reprisal, and increasing the time whistleblowers have to report reprisals. Previously an investigator with POGO, she was part of a team that received the Society of Professional Journalists' Sunshine Award for contributions in the area of open government.

Ms. Smithberger is an expert on national security, Pentagon reform and the Defense industry revolving door. She has appeared on CNN, Fox News and NPR, and she’s been cited by various outlets, including the New York Times, Washington Post, USA Today, Reuters, Politico, and Foreign Policy.

She received her B.A. in government from Smith College and her Masters in Strategic Studies and International Economics from Johns Hopkins University’s School of Advanced International Studies. She also served as an analyst at the Defense Intelligence Agency and U.S. Central Command.

The Generals Have No Clothes: The Untold Story of Our Endless Wars

Our country has been at war for 20 years, and despite several presidents promising to get us out of conflicts in the Middle East, each one has been defeated in his ambitions to date.