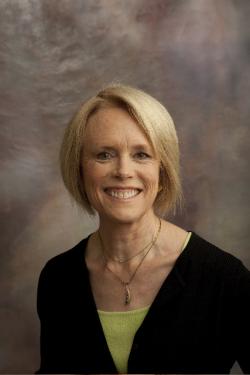 Katharine Britton’s first novel Her Sister’s Shadow was published in 2011 by Berkley Books (Penguin, USA). Her second novel Little Island came out in September 2013 from the same publisher. She has a master’s degree in Creative Writing from Dartmouth College and a master's in Education from the University of Vermont.

Her screenplay, Goodbye Don’t Mean Gone, was a Moondance Film Festival winner and a finalist in the New England Women in Film and Television contest. Ms. Britton is a member of the League of Vermont Writers, New England Independent Booksellers Association, and The New Hampshire Writer’s Project. She has taught at Institute for Lifelong Education at Dartmouth, Colby-Sawyer College and The Writer’s Center in White River Junction, Vermont.

When not at her desk, Ms. Britton can often be found in her garden, waging a non-toxic war against the slugs, snails, deer, woodchucks, chipmunks, moles, voles, and beetles with whom she shares her yard. Her defense consists mainly of handwringing after the fact.

See What I Have Done

". . . prose is clever and taut and generously seasoned with nouns verbing their way into literary history."

Once and for All

Sarah Dessen knows her literary lane and wisely sticks to it.

Set in Oxford (home to more murders per capita than any other city on the planet, it seems) in 1985, a student and wealthy heiress is found with her throat cut in the rooms of a college tutor.

“Raymie Nightingale is filled with humor, poignancy, and life-sized lessons.

Anna and the Swallow Man

“a novel about the difference between being lost and not being found, and the power of language to reveal who we truly are.”

The Sleeper and the Spindle

“A provocative sequel infused with Gaiman’s emblematic humor and nuance.”

The Jungle Books: The Mowgli Stories

“The Mowgli stories are entertaining and well paced and likely to entrance a new generation of readers.”

I Don't Know How the Story Ends

If ever a story cried out to be conveyed as a graphic novel it’s this one.

The Little Water Sprite was first published in 1956. By today’s standards, precious little happens in this coming of age tale about a young, curious water sprite.

“What was the point of being different if you couldn’t be special?”

“Imaginary friends are like books. We’re created, we’re enjoyed, we’re dog-eared and creased, and then we’re tucked away until we’re needed again.”

“Witches have come a long way since 1957. None will win readers’ hearts as thoroughly as this classic.”

“Maybe the Vinny you used to know isn’t quite gone. If she’s still in there, you thank her, silently. And say goodbye.”

“When did the rules change, she wondered. When did it become bad to be good?”

Another Kind of Hurricane

“Sometimes the world tells you to do something new.”

The Bones of You

“The nicest people can have the darkest secrets.”

Tropes abound in this rather muddled novel about the murder of a teenaged girl in an English village.

“We all need protecting, even if we don’t always know what from.”

“If you know you’re going to be around to see it, you look at the fate of the world differently.”

“What’s so good about the truth if it’s more awful than a lie?”

“Despite the constant rain, the black lava fields, black ocean, endless black sand, and the interminable twilight, this is not a dark novel.”

“How would it feel to hide an enormous, important, life threatening secret from your friends, your neighbors, and maybe even members of your own family?”

“It takes a lot of truth to tell a lie.”

“Alice Simpson’s debut novel promises to be an interesting read [but] Ballroom doesn’t quite deliver on the promise.”

“Emily St. John Mandel writes of a world that we will, with luck, never know—one that is dreamlike . . .

Don't Try to Find Me: A Novel

“In Don’t Try to Find Me, Brown, a practicing family therapist, offers a nuanced portrayal of the complex dance of marriage and familial relations.”

“If you’re facing a joint replacement, grieving the end of the printed newspaper, ever wondered why some metals bend and others don’t, why razor blades dull, or why the cub

Astonish Me: A novel

“‘The ballet is the result of endless repetitions: uncounted rehearsals of acts, of scenes, of combinations, of steps,’ Shipstead writes. So, she seems to be saying, is life.”

The Secret of Raven Point: A Novel

“It makes us all madmen. Cowards and madmen. It’s only the degree that varies.”