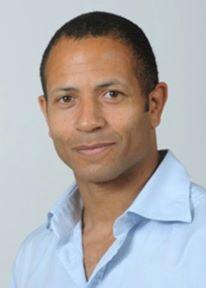 His novel, Damnificados, was published by PM Press in 2016. It won the Hurston/Wright Legacy Award for Debut Fiction, the Independent Publisher Book Award for Multicultural Fiction, and the New Mexico-Arizona Book Award for Fiction; was nominated for an American Book Award, the Eric Hoffer Book Award, and the Foreword Indies Book Award; and was named a Top 10 book in O, the Oprah Winfrey magazine.

Mr. Amaworo Wilson has also written 20 books about language and language learning, two of which won awards which saw him honored at Buckingham Palace in 2008 and 2011 in his native UK. He is the writer-in-residence at Western New Mexico University, USA, and teaches on the MFA in Creative Writing at Stonecoast, University of Southern Maine.

The story of this book is almost as extraordinary as the story of Che Guevara’s life.

Within Our Grasp: Childhood Malnutrition Worldwide and the Revolution Taking Place to End It

Humans have been hungry for a long time.

Who Will Pay Reparations on My Soul?: Essays

“For its penetrating thought, its joyful language, and its eclectic wanderings among the peaks and valleys of high and low culture, this book is an act of sublime generosity from a brillian

How to Pronounce Knife: Stories

“Thammavongsa says vital things about the immigrant experience: how refugees strive to fit in and yet retain cultural traditions; how race is entwined with class; and how family is, in the

“a superb chronicle of marginalization, a collage depicting a continent-sized country still finding its way nearly 200 years after independence.”

“Abbott is enormously enjoyable. The occult plot is a touch hokey, but Elena makes the journey worthwhile. Her story is one long fight.