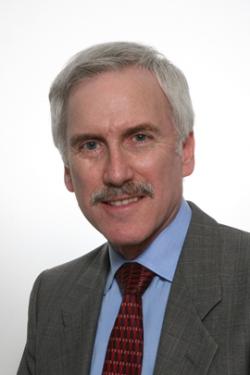 Jeffrey D. Simon is an internationally recognized author, lecturer, and consultant on terrorism and political violence. He is president of Political Risk Assessment Company., Inc., and a visiting lecturer in the Department of Political Science at UCLA. His most recent book, Lone Wolf Terrorism: Understanding the Growing Threat, was published in February 2013. His writings on terrorism, political violence, and political risk have appeared in many publications, including the Journal of the American Medical Association, Foreign Policy, and the New York Times.

A former RAND analyst, Dr. Simon has conducted research and analysis on terrorism for more than 25 years. He has lectured and given workshops on terrorism to university audiences, law enforcement and military personnel, the emergency services, and the medical community both in the United States and overseas. He has worked with the U.S. Army on many projects. He is also is on the editorial board of the Journal of Terrorism and Political Violence. He earned a B.A. in History from the University of California at Berkeley, an M.A. in Political Science from Indiana University, and a Ph.D. in Political Science from the University of Southern California.

Cybersecurity and Cyberwar: What Everyone Needs to Know

“. . . a thought-provoking and comprehensive book that is likely to withstand the test of time and become [a] classic . . .”

The Men Who United the States: America's Explorers, Inventors, Eccentrics and Mavericks, and the Creation of One Nation, Indivisible

Simon Winchester faced a daunting task when deciding how to conceptualize and write about the history of the many different individuals who contributed to the “uniting” of America.

The Ethics of Interrogation: Professional Responsibility in an Age of Terror

Every war has its lasting images.