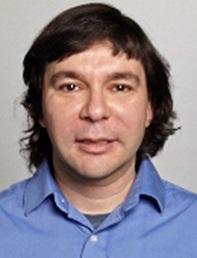 Other collections include The Magic Laundry (2015) and Phoning Home: Essays (2014). His stories have been short-listed for the O. Henry Award, Best American Short Stories, Best American Nonrequired Reading, and the Pushcart Prize anthology on numerous occasions, while his nonfiction has appeared in The New York Times, New York Post, New York Daily News, Chicago Tribune, San Francisco Chronicle, and numerous other regional newspapers.

He taught for many years at Brown University and currently practices medicine at Mount Sinai Hospital in New York City.

The Mask of Sanity

The Topless Widow of Herkimer Street

Miracles and Conundrums of the Secondary Planets

Scouting for the Reaper

The Biology of Luck

The Man Who Wouldn't Stand Up

The Code Breaker: Jennifer Doudna, Gene Editing, and the Future of the Human Race

“[I]n a world beset by scientific illiteracy and misinformation, Isaacson is the gene whisperer we so desperately need.”

“As literature, American Dirt is modern realism at its finest: a tale of moral challenge in the spirit Theodore Dreiser wrapped inside a big-hearted social epic lik

The Great Pretender: The Undercover Mission That Changed Our Understanding of Madness

“Cahalan’s research is dogged and her narrative riveting, leading us from red herring to clue and back with the dexterity of the best mystery novelists.

“heart is . . . what this endearing and enchanting novel exudes.

“What is most remarkable about Mostly Dead Things is that, despite the mishaps and travails of the Morton family, the novel is ultimately both highly entertaining and inspiring, as

When Death Becomes Life: Notes from a Transplant Surgeon

“Although When Death Becomes Life is about courage and innovation and dedication, it is foremost a book about hope.”

Influenza: The Hundred Year Hunt to Cure the Deadliest Disease in History

“Influenza: The Hundred Year Hunt to Cure the Deadliest Disease in History is a highly engaging read.

“In today’s trauma-focused society, PTSD: A Short History is a volume as brave as it is wise.”

“These stories are indeed strange, but no stranger than the political and moral universe we now inhabit, although infinitely more pleasurable and enticing.”

Natural Causes: An Epidemic of Wellness, the Certainty of Dying, and Killing Ourselves to Live Longer

Over the past five decades, leftist muckraker Barbara Ehrenreich has carved out a niche for herself as one of the nation’s most acidic and trenchant social critics.  Fortunately, she is also among