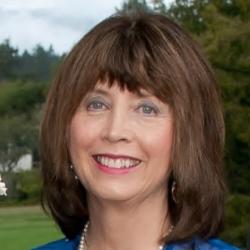 Sacramento native Gini Grossenbacher enjoyed almost three decades as a successful high school English teacher until she abandoned grades, choosing to write upmarket historical novels instead. Now she leads small writing classes and critique groups where she loves coaching other writers. She delights in researching the history behind her novels and traveling to the sites where her novels unfold.

She has a BA in English  from Lewis and Clark College, a teaching credential from CSU Sacramento, a Master’s in Education from LaVerne University, a Bilingual Cross-Cultural Credential from University of San Diego, and post-graduate coursework in copyediting from UC San Diego.

Madam of My Heart: A Novel of Love, Loss and Redemption (The American Madams)

A Fall of Shadows: A Bess Ellyott Mystery

“A worthy read for those who love plot twists and Elizabethan history.”

The Chocolate Maker's Wife: A Novel

The Spies of Shilling Lane: A Novel

Jennifer Ryan’s latest novel opens in Ashcome Village, England, in March 1941. A disgruntled Mrs. Brathwaite wonders how a person measures the success of their life.

Lady of a Thousand Treasures (The Victorian Ladies Series)

Daughters of the Lake

“Daughters of the Lake provides an immersive reading experience to those who love ghostly mysteries, time travel, and lovely descriptions.”