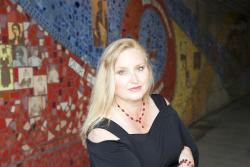 Cheryl L. Reed has shadowed dark and mysterious characters—from cops to murder suspects, cloistered nuns to girls doing drugs. Her debut novel, Poison Girls, is a thriller about girls from Chicago’s political families playing a deadly game involving opioids. Her book of nonfiction, Unveiled: The Hidden Lives of Nuns, chronicles her bizarre journey of living with women in convents off and on for four years.

Ms. Reed has reported on prison riots and taught prisoners how to write. She is a former editor and reporter at the Chicago Sun-Times and other newspapers. When she’s not hanging out with opposition journalists in Eastern Europe, she’s an assistant professor at Syracuse University.

Unveiled: The Hidden Lives of Nuns

Enemy of the People: Trump's War on the Press, the New McCarthyism, and the Threat to American Democracy

Shortly after he was inaugurated, President Donald Trump tweeted that the press was the “enemy of the people” because, he claimed, they made up news.