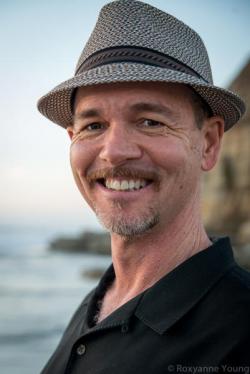 Raised by wolves just outside Los Angeles, Bruce Hale worked as a surveyor, actor, DJ, English teacher (in Japan), and corporate lackey, before turning to a career in writing. He has written and illustrated more than 50 seriously funny books for young readers, including his award-winning series, The Chet Gecko Mysteries, The Monstertown Mysteries, and the Clark the Shark picture books. (One of which ended up in a McDonald’s Happy Meal. Not the way you’re thinking.)

His book, The Malted Falcon, was nominated for an Edgar Award by the Mystery Writers of America, and Murder, My Tweet won a Little D Award for Humor Writing.  Mr. Hale’s fractured fairytale, Snoring Beauty, landed on Oprah’s Recommended Reading for Kids list.

A Fulbright Scholar (in Storytelling), he is in demand as a speaker, having presented at conferences, universities, and schools from New York to New Delhi. His acting credits include plays and musicals, TV commercials, and an independent movie.

Mr. Hale is a member of the National Speakers Association, the Mystery Writers of America, and the Society for Children’s Book Writers & Illustrators.  A firm believer in fun, he can often be found hiking, kickboxing, or singing latin jazz with his band, Mezcal Martini.

The Curse of the Were-Hyena (Monstertown Mysteries, 1)

Invasion of the Scorp-lions (Monstertown Mysteries, 3)

Clark the Shark: Afraid of the Dark

This Is Not My Hat (Caldecott Medal - Winner Title(s))

“for a little board book, This Is Not My Hat is a whale of a tale.”

“Guidroz has created a strong, sympathetic heroine that readers can root for.

“Anders’ storytelling is fleet-footed and clever, bursting with fun quips . . .”

The Kingdom of Back

“Suffused with a love of music and a healthy dose of fantasy, The Kingdom of Back is sure to cast a spell over Lu’s eager readers.”

The Best of Iggy

With this slim chapter-book tale of a well-intentioned troublemaker, Annie Barrows (of Ivy and Bean fame) and illustrator Sam Ricks have hit a solid homerun.

“A rollicking blend of horror story, adventure, and fantasy, Angel Mage rises to a dramatic climax that will satisfy fans of all these genres.”

“Kira is a heroine that readers will root for as they explore the world of Japanese folklore, YA-style.”

“With an ever-ready wit and tons of delightful backstage antics, Alien Superstar is one series that’s ready to blast off.”

“Fans of Smile and Sisters will find this an equally compelling read, full of wisdom, humor, and Telgemeier’s engaging visual storytelling.”

“an engrossing family drama laced with humor, as well as a fascinating window into Haitian life.”

“engaging characters, relatable issues, and hip-hop flavored poetry will have readers scarfing up this latest offering like a banana split in summertime.”

Better known to many as the original illustrator of Harry Potter, Mary GrandPré has illustrated over 20 picture books and here is handling both the words and pictures.

“From its first sentence to its last, Last Things is a propulsive thriller readers will have a hard time putting down.”

“A perfect read for a summer’s day.”

“Greet the sun, bold and bright!

“Spooner deftly paints a portrait of a woman born before her time and coming to enjoy the borrowed freedoms her secret identity provides. . . . 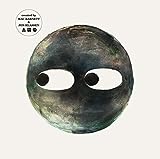 “Offer[s] young readers plenty of opportunity to read their own ideas into the story, flex their imagination, and explore their own fear of the unfamiliar.”

“Forsooth, methinks this chapter book is a winner!”

“Clanton’s Narwhal and Jelly follow in the grand tradition of early reader buddy tales like Frog and Toad or Elephant and Piggie, and this latest tale is sure to find an h

“a lively, action-packed tale. Fantasy fans and heist aficionados alike will delight in Sky’s adventures and cheer on her ragtag team of thieves.”

“strikes a sweet and wistful note, focusing on true friendship and how it endures through life’s changes. All in all, a fitting farewell for the Terrible Two.”

The Wicked King (The Folk of the Air)

“Like the faerie folk whose wicked doings it depicts, The Wicked King is truly spellbinding, with an ending that will leave its readers panting for the next installment.”

Swami on Rye: Max in India

“The charming story is sure to enchant . . .

“Alligator Jazz has enough heart and excellent illustrations to overcome its limitations and carry the day.

The Princess in Black and the Science Fair Scare

The latest entry in Shannon and Dean Hale’s popular Princess in Black series is sure to charm their legions of young readers.

The Opposite of Innocent

“Sones’ fans are sure to enjoy this harrowing tale of obsession, abuse, and ultimately, empowerment.”

Dog Man: Lord of the Fleas: From the Creator of Captain Underpants (Dog Man #5)

With this fifth graphic novel in the Dog Man series, Dav Pilkey shows no signs of slowing down.

This heady blend of sci-fi, romance, and revolution reels in the reader from the start.