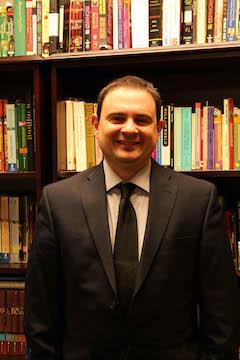 Ben Railton is Professor of English Studies and Coordinator of American Studies at Fitchburg State University. His American Studies public scholarly efforts include four books (such as the forthcoming Finding Light between the Pages: History and Hope in American Literature) and numerous articles. He also maintains the daily AmericanStudier blog and contributes to numerous websites, from Talking Points Memo and The Conversation to We're History and The American Prospect. He's also a member in the Scholars Strategy Network, working to influence policy and media conversations about American history, identity, and community.

He lives in Wayland, Massachusetts, with his fiance and his most significant American project, his two sons.

Contesting the Past, Reconstructing the Nation: American Literature and Culture in the Gilded Age, 1876-1893 (Amer Lit Realism & Naturalism)

The Chinese Exclusion Act: What It Can Teach Us about America

Give Us the Ballot: The Modern Struggle for Voting Rights in America

Since its 2015 publication, Ari Berman’s Give Us the Ballot has received near universal acclaim, including Notable or Best Book of the Year status from The New York Times, The