Young Eliot: From St. Louis to The Waste Land 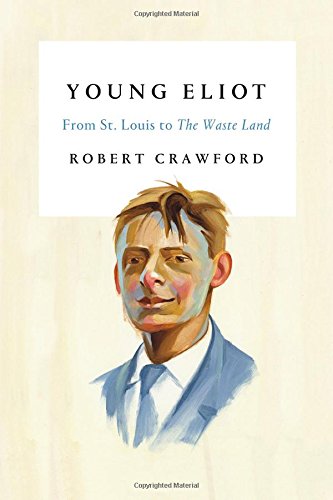 “If you like modern poetry, or simply a good biography, Young Eliot is the book for you.”

In Young Eliot, biographer Robert Crawford has delivered the definitive account of how Thomas Stearns Eliot became T. S. Eliot, the most important English-language poet since Walt Whitman. Best of all, the story reads like a novel about that most productive period in Western literature, the early 1900s, as the reader follows the education, both formal and otherwise, of Eliot from fledgling poet to emerging literary icon.

For Eliot fans who know only casually that “he was from St. Louis” and that “he went to Harvard and then settled in England,” this biography provides the chance to see how arduous was his journey from typical undergrad to polished poet. Indeed, he might not have made a breakthrough at all without the patronage of the great English philosopher Bertrand Russell (who in turn helped himself to the sexual favors of Eliot’s wife Vivien).

One of the surprises to the uninitiated reader is how long it took for Eliot’s “Love Song of J. Alfred Prufrock” to win recognition: years. Surprising, too, is how long it was after “Prufrock” until Eliot produced another of his great works, again years. But Eliot was creating a new kind of poetry, much more cerebral than that of his predecessors, and Crawford does an excellent job of detailing Eliot’s gestation period from his days at Harvard to his completing “The Waste Land,” arguably his crowning achievement. (Some would give the laurels to “Four Quartets.”)

Perhaps the most interesting parts of this wholly interesting book are about Eliot’s education, which included doctoral work at Harvard, a year at Oxford, and reading, reading, reading; not to mention Eliot’s sojourn in France and then England just when both countries were in a literary ferment not seen before or since, and names like Proust and Joyce and Woolf were on the lips of the cognoscenti as heralds of a new era in literature. They were right, and before long Eliot’s name was on their lips as well.

If you like modern poetry, or simply a good biography, Young Eliot is the book for you. Even if you’re not sure about the poetry part of that recommendation, consider heeding the words of Prufrock himself: “Oh, do not ask, “What is it?”/Let us go and make our visit.“

You’ll be glad you did.