You'll Know When You Get There: Herbie Hancock and the Mwandishi Band 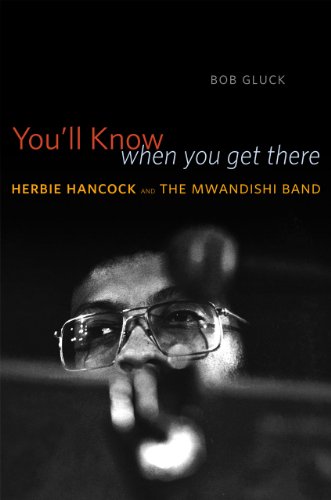 “. . . needed to be more about the who and why, but instead it got stuck in the how and what.”

Close enough for jazz. In a lot of musical circles those four words are a humorous code for “maybe I could have practiced more.”

Ironically, though, it is jazz musicians who never really stop practicing. They are always looking for new ideas to incorporate into their music. In the hands of a true jazz master, sometimes the most common and seemingly insignificant sound gets transformed into pure, melodic genius.

Classically trained, Hancock is on the Who’s Who short list of jazz pianists. His is a storied career spanning decades and featuring performances with every big name in jazz, including Miles Davis and Eric Dolphy.

Hancock’s musical style has adapted and evolved as the musician, himself, developed. He played blues. He played be-bop. He played gospel-driven funk. After his stint with Davis, Hancock formed a group dedicated to exploring musical sound without boundaries. Bob Gluck’s book You’ll Know When You Get There: Herbie Hancock and the Mwandishi Band chronicles this journey.

Mwandishi is Swahili for The Composer and is, in fact, the name given to Hancock. All of the members of the Mwandishi Band adopted a Swahili name, and their sound (and image) was as much about exploring their African roots as it was about the jazz.

With such a great subject matter, it is disappointing that the author struggles to find his story. The bulk of Mr. Gluck’s text consists of detailed analysis (minute by minute) of Hancock’s tracks: what chords he used, who soloed where and how, etc. Most readers would only be interested in such an intense discussion in the context of a music theory class or instructional setting.

Also, Mr. Gluck continually pulls the reader out of the narrative with comments like “I will explore that in later chapters” or “we are coming to that aspect of his music next.”

Readers do not care about what is coming. We just want to stay hip to the groove, ya dig?

Jazz musicians are incredibly disciplined in practicing and studying their craft so when performance opportunities arise they can be free and open to what the muses show them. Hancock’s music was not about perfect playing or exact analysis, it was about the feel. Several times this book mentions how spiritual Hancock’s music is, but unfortunately the text is nowhere near as inspiring.

Mr. Gluck’s book needed to be more about the who and why, but instead it got stuck in the how and what.