Writing to Save a Life: The Louis Till File 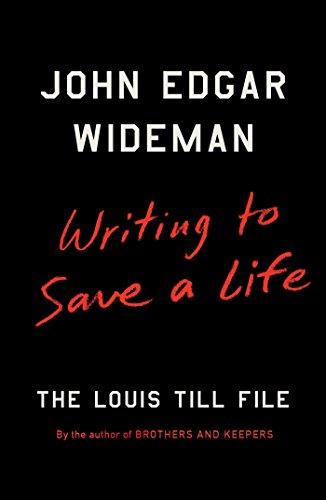 This is not one Till tale but three. When young Emmett Till was murdered in Money, Mississippi, in 1955, his death changed the Civil Rights Movement and American history.

Till was killed because of his “reckless eyeballing” of a white woman. His mother, Mamie Till decided to have an open casket funeral so that the world could see what had happened to her son. Till’s funeral photo was published in the black magazine Jet and would forever haunt young black boys. The men responsible for Till’s murder were caught and given a trail that was in many ways a mockery of American justice.

John Wideman was 14 the year they murdered Till. It was hard for him to look away from the picture he saw in the magazine. Known for his award winning novels, Wideman in Writing to Save a Life fuses fact and fiction by linking Emmett Till to his father and his father and Till to himself. The book is structured like a three-act play but it “sounds” like jazz riffs and improvisation with Wideman writing the way Ornette Coleman played his alto saxophone on the Free Jazz album released in 1961.

Wideman confesses he has no idea where the book he is writing is taking him, but he knows that black sons are connected to black fathers.

When the mutilated body of Emmett Till was recovered from the Tallahatchie River his father’s ring was on his finger. Enter Louis Till, a black American soldier hanged in Italy for rape and murder on July 2, 1945. John Wideman’s book includes excerpts from Till’s court-martial. How he obtains these files and what he does with them is the core of the book.

John Wideman imagines the life of Louis Till. He “plays” the file and creates his own impressions of Mamie meeting her husband. Who is this man nicknamed St. Louis? Did his disappearance in Emmett’s life make him vulnerable to race violence? How can black fathers protect black boys?

Wideman weaves his own life into these questions, the result are six pages in the “Graves” section that are a marvelous riff on black masculinity. Any time a black man shuts a door behind him, there is never a guarantee he will return. Wideman, who mentions his own son and brother in prison, knows this is not fiction.

It’s Wideman’s own honesty and compassion that leads him to France to stand at Louis Till’s grave. Why he is there is difficult for him to explain. At times a musician can get lost in his music. There are pages in Writing to Save a Life that will baffle the reader. Noise? Wideman can change a chord and walk away from it. He is a master storyteller who understands all the stories are true. It’s perhaps why so many of us today link Trayvon Martin to Emmett Till. Fact or fiction?