The Women Who Revolutionized Fashion: 250 Years of Design 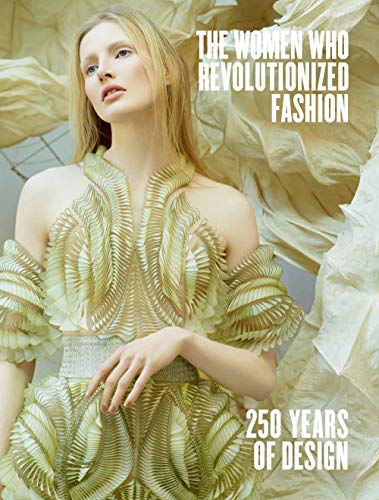 What this book represents is something more than just a glossy coffee table offering focused on female designers as it shines a light on many designers who have long been forgotten as well as quite a few that are new to this reviewer’s vast designer vocabulary. For those reasons alone, this is a very impactful statement for the business of fashion.

The photographed pieces may be not be the most representative of each designer, but this is a book that also serves as a catalog for a museum exhibit that took place at the Peabody Essex Museum in the USA as well as Kunstmuseum in the Netherlands. Keeping that in mind, the offerings are somewhat limited due to whether or not the museums owns these garments in their permanent collections.

“Of all the arts, of all the manifestations of culture, none touches us quite the way fashion does. It envelops us intimately, providing practical protection from the elements and ensuring our comfort.”

What is rather bothersome about the text is not the fashion history that it offers but that it comes off as a feminist manifesto and that only women really understand and know how to design for women since they are of that gender.

This reviewer, who is certainly no stranger to the fashion trenches, would most certainly tend to disagree with that premise since it can also be applied to the topic of sex!

Additionally, there is the inclusion of Maria Grazia Chiuri, who has never been a designer under her own auspices and certainly has not made one revolutionary contribution to the world of fashion. Aside from that she has some demented idea about what constitutes femininity as well as how she believes Maison Dior should be represented. To say that her over staged collections have been coolly received and based more on advertising dollars and rhetoric rather than content would be a gross understatement.

The Women Who Revolutionized Fashion is a tad misleading given its title, especially since so many highlighted designers are only known in varying degrees and so many who have probably never ever been known to the vast majority of fashion readers, let alone mentioned in any other fashion tome that has come before this reviewer. Some of the designer biographies/ histories/texts are incorrectly researched as in the case of Isabel Toledo, which is very unfortunate.

The takeaway here is simply that this is a book that should be read for multiple reasons as its appreciation can be taken on multiple planes. This not a book for fashion neophytes but rather for those who possess a broad knowledge of fashion, its history, and its players.