The Woman from Uruguay 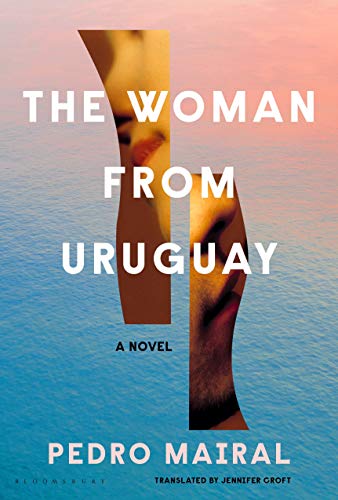 “This is a short novel of subtle gear changes, where the seemingly obvious plot becomes a distraction to the true narrative that builds and builds and accelerates through a shifting geographical and psychological landscape.”

When an Argentinian writer sets off on a day trip from Bueno Aires to neighboring Uruguay to collect $15,000 in cash and meet a young woman who he had a brief liaison with the previous year the reader has a fair idea of what is coming. You know this is not going to end well.

But although you might guess what is coming down the line it is not through poor plotting by Pedro Mairal. He deliberately sets up the inevitable disaster that is about befall his narrator Lucas Pereyra from the very start. The real storytelling here is the story behind the story

The narrative reads as if it is a written confession by Lucas to his wife Cata. He suspects that she is having an affair because she often returns to their apartment long after her work hours are over. He reveals his own indiscretions with 20-year-old Guerra—the woman from Uruguay of the title—whom he met during a literary festival in Uruguay’s capitol Montevideo.

This novel carries many of the main elements of the archetypal “hero’s journey’”—Lucas travels from the “ordinary world” of routine and writer’s block and looking after his young son while his wife is at work and possibly having an affair.

The chance of going to Uruguay to pick up the advance from a new novel is the “call to adventure,” his journey by ferry from Buenos Aires to Montevideo is the “crossing the threshold.”

“I remember immediately sensing the presence of difference. The drift between familiarity and strangeness,” Lucas tells us. Uruguay is an easy going paradise for Lucas of beaches, dope, and the potential of casual sex with Guerra, compared to the economic hardships and stilted life that he lives in Argentina.

Then come the “tests” and the “ordeal” which we see coming, but they arrive not quite in the way we expect. Guerra is the archetypal femme fatal who ultimately brings Lucas’ downfall—either directly or indirectly. But she has her own backstory, and this plays out as well alongside Lucas’ story.

Lucas, with the benefit of hindsight, has come to accept what has happened, sensing that it was somehow necessary to break the stagnation in which he had become trapped.

“I was living my life. Enough sublimating into literature, making up stories. I wanted to live, to see to touch. To get inside reality. Get inside Guerra. Get into a war with my f*****g imagination, my eternal invisible world.”

The hero’s journey is always a story of death and resurrection—the death of the old ego or way of being and the rebirth of the new. The day that Lucas spends in Uruguay ends up being more than the absurd downfall of a foolish man who should know better walking around in a strange country with a huge wad of cash, seeking a quick sexual fix to try and get out of a psychological rut.

It really is the death of the old Lucas and the resurrections of the new. In the words of W. B. Yeats: “all is changed, changed utterly,” and while it is not clear if a terrible beauty will be born in how the rest of Lucas’s life plays out, it will certainly never be the same.

“I kissed [Guerra], and as we kissed, she ran her hand over the back of my neck, and it sent an electric charge all the way down my back. She reset me. I forgot everything, my name.”

This is a short novel of subtle gear changes, where the seemingly obvious plot becomes a distraction to the true narrative that builds and builds and accelerates through a shifting geographical and psychological landscape.

The expected comes to pass, but the outplaying of what the reader saw coming is constantly unexpected.