The Woman in the Library: A Novel 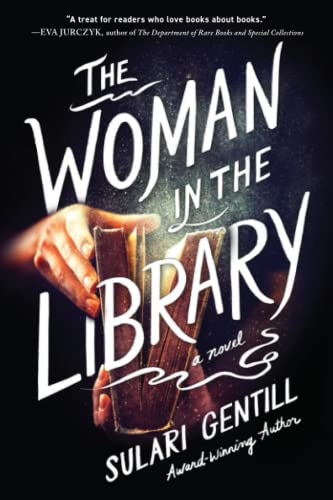 “The Woman in the Library is a page-turner from beginning to end.”

If you have ever held a mirror up to a mirror and seen the reflections into infinity, then you will be familiar with Sulari Gentill’s writing style in her new mystery, The Woman in the Library. A riddle, wrapped in a mystery, inside an enigma.

In the introduction, we meet Leo, who is emailing a famous author, Hannah. He is her biggest fan, and as she is constructing her latest novel, she shares each chapter with him. Gentill adds an email conversation from Leo to Hannah at the end of each chapter. We never hear her side of the conversation, only his thoughts. The conversation starts simple enough—a lot of fawning on his part. He is also a writer, but his story is summarily ignored by agents and publishers alike. This does not prevent him from making his comments known to Hannah about her story.

In the first chapter of Hannah’s book, Gentill introduces the reader to four mid-twenties characters who meet at the Boston Public Library. The main character, Winifred “Freddie” Kincaid, is a writer on a scholarship from Australia. The characters, Cain McLeod, Marigold Anastas, and Whit Metters, are all strangers to each other, until they hear the scream.

The sound draws them together and yet, as the search convenes, no one finds the source of the scream. The four people become friends, discussing what might have happened.

As each chapter unfolds, these four people learn that there was, indeed, a murder committed when, several days later, the body of a woman (Caroline Palfrey) is found shoved under the table in one of the library rooms. The question now becomes who could do such a thing in such a public place.

Now Freddie is writing her own story (the riddle) as the four new friends begin their own search for answers. Her cast of characters are modeled upon her new friends, and Gentill brings romance into the story as Freddie and Cain are attracted to each other, while Marigold and Whit begin a relationship.

And with each chapter (the mystery) comes the critique from Leo, throwing in his own ideas about how Hannah’s story (the enigma) should unfold.

Gentill is brilliant in how she pulls these three stories together while not distracting the reader in any way. The characters come to life in a vivid portrayal. As Freddie and Hannah’s stories move forward, the reader becomes wrapped up in each, sensing these characters are real, live people.

And as with any good mystery, there are secrets that each character does not want revealed, and that is what Gentill is so good at—throwing out clues that keep the pages turning.

As the search for Caroline’s murder grows, so do Leo’s comments and his desire to take over Hannah’s story becomes a stalking adventure as he insists that his changes to her story would vastly improve the tale.

Gentill throws in a sharp turn when the FBI enters the scene warning Hannah about Leo. That story takes on a life of its own.

As each chapter begins to reveal more secrets in each character’s life, one looks forward to not only the chapter, but how Leo reacts to each chapter and how he insists on changing Hannah’s story.

With each new chapter, Gentill opens the door to new histories. More murders occur as well as attacks and stalking events, and the reader will follow the maze of clues laid out, certain that they have identified the true culprit, only to realize that truth is hard to pin down.

The Woman in the Library is a page-turner from beginning to end. As Gentill’s characters grow, the desire to know more about each ensnares us, and the only way out is to read to the end.