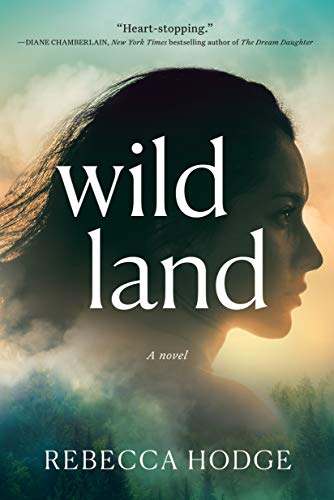 When solitude is imperative, North Carolina's Blue Ridge Mountains can offer peace and beauty. Kat Jamison needs to make an important, life-altering decision, and she decides this is where she wants to be to commune with nature and decide if she should continue with chemotherapy now that her cancer has returned. Still grieving the loss of her beloved husband who passed two years ago, she remembers the time she, he, and their daughter Sara spent time at this locale. With Sara, all she has left, and she doesn't know if she has the tenacity or fortitude to deal with more treatment.

As she settles into her rustic cabin for a month's stay, she is surprised when Sara arrives, for they were not due to meet for a while. Kat knows Sara is unnerved with her mother being in the woods alone, so she brings Kat a companion—a Lab named Juni. Kat does not want another responsibility or to listen to Sara's nagging about her continuing her therapy. She reluctantly accepts the well-behaved and lovable pooch who should help to alleviate any boredom Kat may experience.

Kat heads out with the dog to explore and comes across a man and a boy sitting on a bench near her cottage. She is a bit hesitant but feels somewhat protected by the dog who races toward them, giving her no choice but to follow and secure Juni. The man introduces his adopted son Nirav and himself as Malcolm Lassiter.

While Nirav plays with Juni, Malcolm says he's a security consultant recently returned from Pakistan where he proudly declares his adoption of the nine year old. He frightens Kat at first with the disfiguring scar along his face and neck, and she wonders at the child who appears fragile and frightened. They are renting a cabin further down the mountain and have come by Kat's place to take in the spectacular view.

Before long, Kat meets the occupants of the cottage across from Malcolm's. Divorced dad Scott Bradford has his 12-year-old daughter Lily for two weeks to have an adventure and a chance to connect. Lily acts sullen and is not happy to be there, but she bonds with Kat and Nirav.

While Scott handles a work project, Lily and Kat walk through the woods and discover a puppy shackled to a fence and whimpering. Kat, refusing to leave the creature there to die manages to free him, noticing the rope around his neck has caused damage. His leg is wounded and raw, not to mention he is loaded with ticks and fleas and is severely undernourished. With Lily's help, Kat brings the pup to the local vet, afraid he may need to be euthanized, but his wounds aren't life-threatening, so Kat agrees to pay to save him. She’sstuck with Juni—a dog she didn't want—and it looks like she now has another responsibility thrust upon her.

Scott later imposes on Kat asking to have Lily stay at her place overnight, so he can finish his assignment. Kat is unnerved by the man's brashness but has Nirav joining the sleepover, too. Though Kat was anticipating peace and quiet, she finds the children's excitement contagious.

Kat settles the children in for the night then sits on the porch savoring the evening now filled with thunder and lightning. The area, plagued by a horrendous drought, gives Kat joy at the approaching storm, longing for heavy rain. With everything so dry, the mountain would burn like an inferno.

Kat goes inside to sleep only to be awakened in the early morning hours with the acrid scent of smoke tickling her nose. Heading outside, she glimpses smoldering underbrush around her, so she wakes the kids and gathers some supplies, so they can leave quickly. She rushes the children and the canines to her car to start their descent only to realize they are trapped.

No stranger to mortality, Kat needs them all to depart from the impending danger. Deciding what to do, she considers:

"She imagined a nicely behaved fire, something managed by a friendly red fire engine with a stream of water sufficient to quell a nuisance. Such suburban approaches would be helpless here. This fire wasn't domesticated. It was a predator.

"Kat trembled, tentacles of fear tightening down on every muscle, her body crackling with tension. She'd convinced herself she could meet death head-on, but she hadn't expected it so soon. She was going to die on this mountain, not home in her bed. She had minutes, not months, and she couldn't even tell Sara good-bye.

"Grief flooded every cell and swamped her thinking. She shook herself, forcing herself back into action. Move, damn it. Do something. She couldn't afford to waste time. She glanced into the trees and underbrush on the right, thinking perhaps they could scramble around the burning roadblock on foot, but the thick undergrowth already smoldered. Even if she'd been alone, she didn't think she could outflank the flames."

Kat's apprehension heightens, and the children and dogs become terrified, so Kat determines she must remain calm for their sake. She discovers an old logging road, believing that is their only escape. They scramble to her car, which bounces over the uneven and overgrown path until they are forced to stop by a fallen tree. Their only way out is to walk.

Meanwhile, Malcolm and Scott are besieged with panic and guilt for not keeping their children with them and are now desperate to save their children. Through Malcolm's contacts, he attains the resources of a helicopter to aid in the rescue.

Struggling against the local fire official's commands, the heavy wind, and ash, they fight the odds tirelessly, considering the odds are against them.

Kat, the kids, and the dogs trek through the perilous slope to descend amid smoke, embers, and hot flames. Breathing is difficult, and the humans and canines are exhausted, but Kat is resolved to bring them to safety. As the inferno surrounds them, and they experience life-threatening obstacles, Kat wonders if this is the way she is meant to die, and not from cancer. But she gains strength to carry on, though hope is lost.

Wild Land is a debut novel filled with tension and fear. As Kat struggles with her own demons, she proves to be a strong proponent of survival, and not just for herself. The imagery and graphic description of not only a raging fire but of the nail-biting emotions of the characters give this story depth and credibility. Hair-raising and suspense-filled, it is easy to envision this novel being made into an intriguing movie.