The Wild Beasts of Wuhan: An Ava Lee Novel 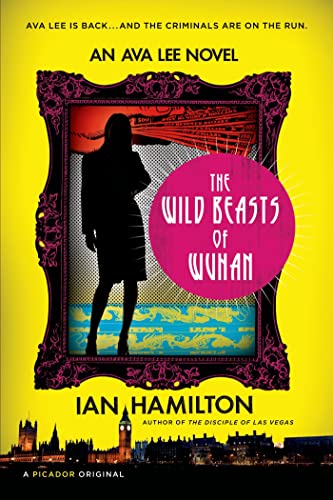 “. . . it works because of the originality and the fascinating detail wrought in the author’s capable prose.”

The Wild Beasts of Wuhan can best be described as an inverse thriller.

It contains all the formula elements of the genre: a lead character with special talents; a high-stakes and unique crime; globetrotting action in exotic locations; the obligatory love/sex interest; and omnipresent danger.

But in this book the main character is a petite forensic accountant of Asian-Caucasian heritage, who happens to be a lesbian and master of the little-known martial art bak mei.

Ava Lee also has a complicated family life and friendships, which she attends to even while immersed in a case. One of her people is a wise and loving—but shady—relative known only as Uncle. He recruited her into his financial recovery business and will eventually turn it over to her, ensuring a long series as she morphs from supportive to controlling operator.

Ava was introduced by Mr. Hamilton in The Disciple of Las Vegas, in which she hunted down $50 million from a land deal gone sour. This time around, Ava must track a missing $100 million in a fine art fraud.

It pulls her from a vacation cruise with her family to a week around the world—changing clothes in airport restrooms, shopping in mega-malls, and working from posh hotels in Curaçao, Hong Kong, China, Canada, the Faroe Islands, Dublin, New York . . .

One might get jet lag trying to keep up with her. Yet the book’s tempo is actually calm. In Mr. Hamilton’s steady prose, the suspense is subtle, sneaking up on you from behind as the story proceeds at a walking pace instead of the usual sprint. Which is the secret of its page-turning success.

So often in fiction when the narrative zooms in for a prolonged close-up you know something is about to happen. Here, every scene is a close up, so you either get tense from constantly expecting a change or relax and enjoy the ride then get blindsided when events take a sudden jump.

This effect begins on page one with Ava’s detailed progress from person to person and place to place. Her observations make the most foreign things seem familiar, if not universal. The violence we’re primed to expect from thrillers, early and often, is replaced by a low-amplitude but immediately interesting glide into an intriguing scenario.

When the sex and violence finally arrive, they feel superfluous, as if invented just to demonstrate that Ava really is what the author claims her to be (as well as to meet expectations of the genre-buying public). Ava’s one-night stand that ends in decking burly bullies adds nothing to the story besides entertaining distraction. Even James Bond’s dalliances make more sense.

The rest of the story arises credibly from character and circumstance at a high intellectual level. Perhaps that’s why the sex and violence don’t ring true. Ava and her cronies are so amazingly smart, and such good strategists, that the way they cut loose feels inconsistent with their personalities.

Perhaps Mr. Hamilton is attempting to show range and depth of character, but it seems more like trait selection from a list than a genuine reflection of self. That keeps the book lodged in the crack between cliché thriller and literary adventure—thus it may lose readers who are devoted to either category.

But like all good novels, The Wild Beasts of Wuhan interweaves qualities from many genres—and it works because of the originality and the fascinating detail wrought in the author’s capable prose.

By the way, the curious title is germane to the story. Half the book’s fun is figuring out what it means.