When Beauty Tamed the Beast 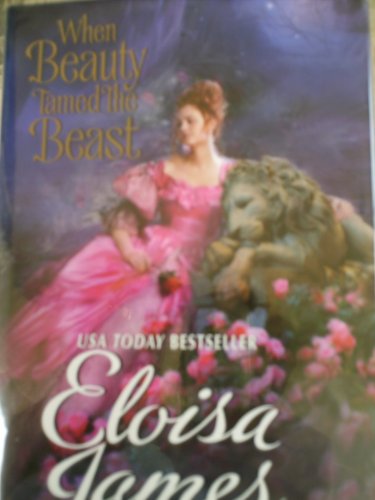 The “beast” in James’ modified version of “Beauty and the Beast” is the hero, Piers, a crusty, often unkindly blunt doctor. He walks with a cane due to an injury he suffered as a child, one that left him with a chronic limp and insufferable pain.

Yes, he’s a lot like the television character “Dr. House.”

Actually, Piers described himself rather well as “a cripple with a ferocious temper and a vile tongue” who is “too injured . . . for anyone. I’m too much of a beast.”

Piers has secluded himself in a castle in Wales, where he barely tolerates mentoring a few younger doctors. He works with his cousin, a much better tempered and kind physician (whose name is not Wilson). He saves patients no one else can—with a decided lack of bedside manner.

Linnet thought she was very close to becoming a princess. She was the belle of the ton, her exquisite beauty and irresistible smile enchanting the most eligible bachelors in England—including Prince Augustus. But when the young prince informs Linnet at a ball that he couldn’t marry her because father was only a viscount, she suddenly became a social piranha.

So she ends up agreeing to marry the beast.

The beast’s father, a duke, takes her to Wales to meet her fiancé. Since Piers is a “cripple with a ferocious temper and a vile tongue,” he’s not very pleasant when she arrives. But obviously, Linnet is able to tame the beast, at least to the point that he treats her with a modicum of civility—and when he doesn’t, she handles him beautifully.

The ending is rather dramatic, which makes it quite wonderful. Of course Piers has to act beastly to Linnet, in order to set it up. And the ending does last a while—for about 72 pages. But the romance and drama ensures that they are 72 great pages.

There are only a handful of romance authors who could have written a touching, fun, and engaging story by blending a fairytale and a television show. Eloisa James is obviously one of them.